Today was the fourth anniversary of my dog Arrow’s death. I still miss him every day.

Arrow came to us as a disheveled 90-pound bundle of anxiety. When we adopted him at two years old, he’d already had six homes.

“He has fear aggression,” we were told. “He’s unpredictable with kids, and he’s terrified of thunder.”

Of the latter I needed no proof: The night we met him, a violent storm rolled in. Arrow crawled under the couch and hid beneath me, his side pressed up against my calves. I decided at that very instant to offer him a new home.

We had a few hiccups in that first year. He was standoffish and didn’t like to be touched. I had to take him through obedience school twice. And for some reason, he hated old ladies. But we worked through his anxieties one by one.

Arrow grew into a wonderful companion and a trusted, affectionate friend. Every one of our neighbors knew him by name—including, eventually, the old ladies. We took him everywhere. (I treasure the photo of him standing on his hind legs, looking over the railing at Niagara Falls.)

He followed us everywhere, too. Sometimes I still half-expect him to come around the corner, groggy from a nap, wondering where I am. I miss his clanking tags and his clicking toenails on the floor. I miss so many things about him …

I’d give anything to hold him one more time. 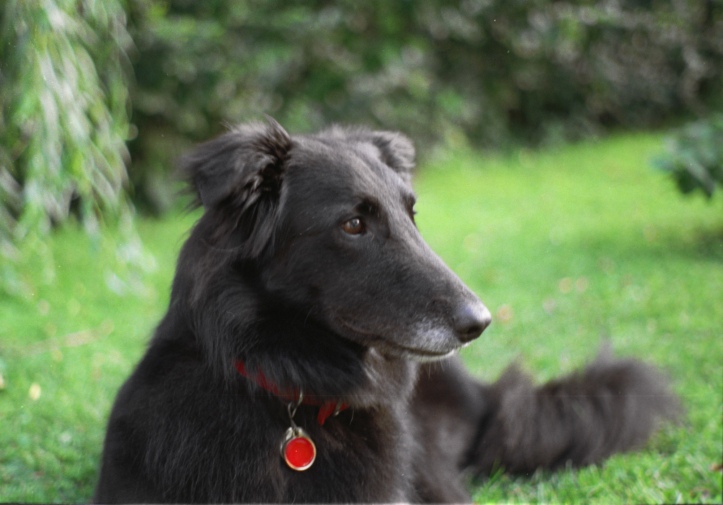