I’m just a fool for you

Is the tradition of April Fool’s Day dying out?

On my way to work this morning I was absolutely sure that MPR was pulling my leg with its story about the upcoming Literary Death Match in which writers will face off, mano a mano, in a brainy battle to the death. (Well, maybe not literally. But close enough.)

To my surprise, that story turned out to be real.

And to my dismay, the day is now drawing to a close without a single false report of pregnancy from an otherwise truthful friend. No one has squirted me with a fake pen or put a whoopie cushion on my chair. I’ve been spared the unfortunate surprise of finding sugar in the salt-shaker. Why, about my biggest thrill was momentarily thinking that Google had undergone a major rebrand: 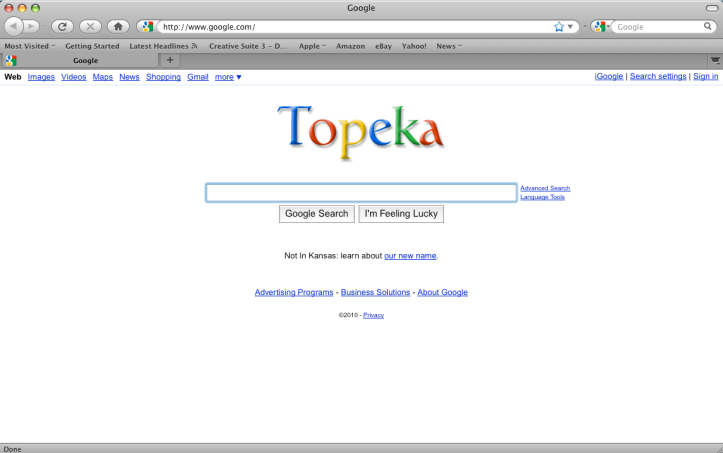 Suddenly I find myself wishing I’d made more of an effort to be funny, too.

Oh, well. Fortunately, there have been enough hilarious pranks over the decades to more than make up for this year’s drought. If you’ve never heard about the annual spaghetti harvest in Switzerland, you owe it to yourself to watch the video.

Mr. Dimbleby …  explained how each strand of spaghetti always grows to the same length thanks to years of hard work by generations of growers.”

In the mood for some more April Fool’s fun? You’ll find a bunch of vintage pranks at The Museum of Hoaxes.

Who knows? Maybe they’ll serve as inspiration to bring back the Spirit of April Fool’s Day next year.