My final Friday in Paris

Esteban’s dad wanted me to himself this morning, so I met him after breakfast. I’d planned a historic walk I thought he might enjoy, but instead we ended up at the public market so he could take some photos. I didn’t mind. It was pretty damned picturesque. 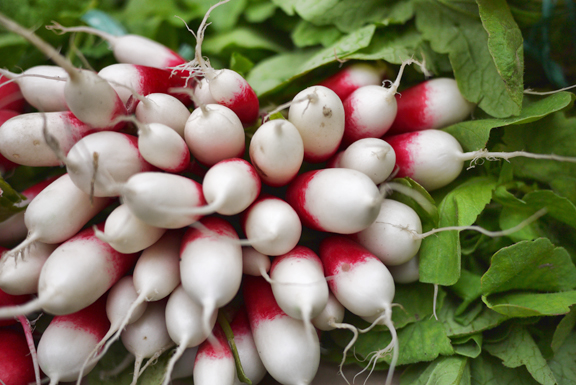 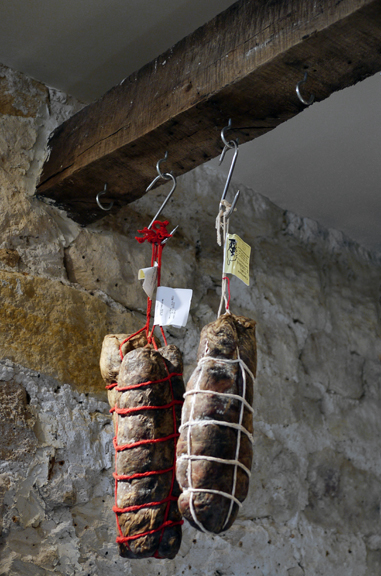 After the market, we had time only for a quick stop at the Vincennes castle’s Sainte Chapelle before our lunch rendezvous with the rest of the gang at 1. To my delight, the chapel had been filled with gorgeous photographs in preparation for one of the Festival America lectures.

We were the first ones to arrive at La Frégate, a small bistro Esteban and I have been visiting for years. The same cast of characters was there: The owner who reminds me of Peter Boyle, the French-African sommelier, and the Filipino waiter who last year moonlighted as Esteban’s and my cook. (“How are your croque monsieurs?” he asked, as we surveyed the partially blackened sandwiches before us. “I made them myself,” he said with evident pride. Charcoal. Delicious!)

We all ordered the boeuf bourgignon.

Unfortunately, a deluge of Biblical proportions interrupted our dessert. We huddled under the awning and watched a parade of soaked humanity run like ants for cover.

Once the rain broke, Esteban and I walked dad and Frank to the d’Orsay museum. I bade dad and Frank farewell … they’re off to England tomorrow while I head home.

Esteban and I walked down the rue du Bac in search of #46. We’d looked for it in vain last year and our chances seemed equally slim this time. The sign on the door read Le Prince Jardinier. It wasn’t until I looked upward in frustration that I saw my quarry: Deyrolle.

Deyrolle is a quirky shop run by a certain Madame Orlovska. For more than a century, Parisians have been coming here to stroll among an enormous menagerie of stuffed wolves, goats, donkeys, giraffes, lions, bears, lobsters, and God knows what else.

The actor Gérard Depardieu is said to frequent the second floor. Alas, neither he nor Mme. Orlovska was in this afternoon. But I was content to have finally seen the place I’ve so often heard described. It was well worth the detour — even if pictures were forbidden.

Cold and tired, Esteban and I headed back to the apartment and grabbed a quick nap. Bliss.

Esteban had bought us some tickets to a Chopin and Schumann recital inside the Sainte Chapelle for later that night. I was overjoyed.

The pianist, Hugues Chabert, was brilliant. But the setting added a wonderful transcendent depth to the experience.

I hope I always remember how it felt to be sitting inside the king’s chapel, surrounded by gilded walls and columns, holding Esteban’s hand, and listening to Chopin’s immortal nocturnes. What a spectacular way to end my stay in the city of light.