Last night I had to call the police at about 11:30 when a small riot broke out in the alley. Then, at about 1:30, I dropped in on a different group of partiers to suggest that their garage band should consider closing the garage door. The concept had clearly not occurred to them.

But even after my night of playing peacemaker, I still woke up at 5:00, as usual. So shortly after dawn I went outside to survey the damage. What a mess. 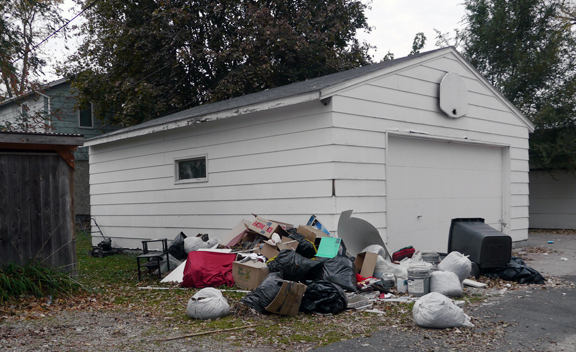 As long as I was awake, I decided to have an early-morning walk around the lake.

Usually I find Como Lake rather picturesque, but today the landscape was drab. Except for a few stubborn maple leaves, everything looked monotone under the steel-gray sky. 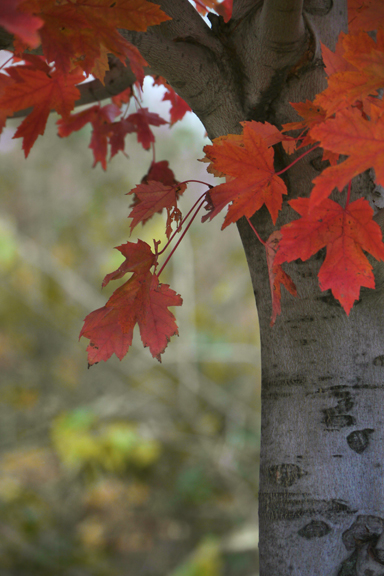 Thank goodness someone had gotten there before me to write some cheerful affirmations on the walking path.

Still, in spite of the zen admonition to “enjoy this morning,” I was disappointed that I hadn’t seen anything really interesting, other than the coots who had paused here during their long migration south.

Only moments later I noticed something very large among the branches.

It took silent flight as I approached. Like a ghost, it glided over the water and disappeared into the gray trees on the other side of the lake.

It wasn’t until I got home that I was able to confirm my suspicions: I’d seen a bald eagle.

What a perfect way to start an otherwise imperfect gray day.