Today was supposed to be rainy (again) but some faint pink striations in the sky coaxed me out for a predawn walk. Even in the twilight, Sedona’s hulking red rocks dominated the horizon.

As I walked along Hwy. 179, I spotted a lovely adobe church. I turned onto the small street for a closer look, but I was soon distracted by an even more beautiful sight. 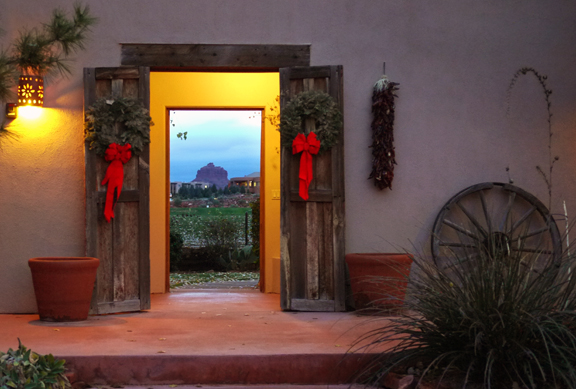 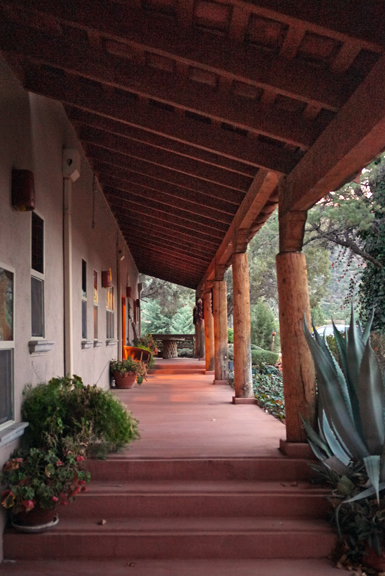 No sooner had I shot a few frames than a door opened to my left. The man who emerged greeted me warmly. We soon discovered a common bond: As a commercial pilot, Brad spends a lot of time in Minnesota. He and his wife Pauline also own this bed and breakfast. He invited me in for coffee, but I demurred. I didn’t want to impose — and I wanted to keep walking. But I’ll probably swing by again. The Adobe Hacienda was charming.

My walk took me into a nearby residential neighborhood whose streets all seemed to be named after the original American Indian people. I couldn’t help but wonder what “Indian ruin” had been bulldozed to make room for this suburban-style development.

I also took a morbid fascination in one resident’s lawn decoration. Steer skulls are a common motif in the southwestern U.S. But partially decomposed steer skulls? Ugh.

It was time to rendezvous with my sister. She lives near Phoenix, but she was kind enough to drive up for the day. We started our visit with a walking tour of the condo complex, which included this somewhat-alarming sign:

Esteban, my sister and I then drove north on 179 toward “downtown” Sedona. Here, even a trip to the strip mall is a scenic drive … 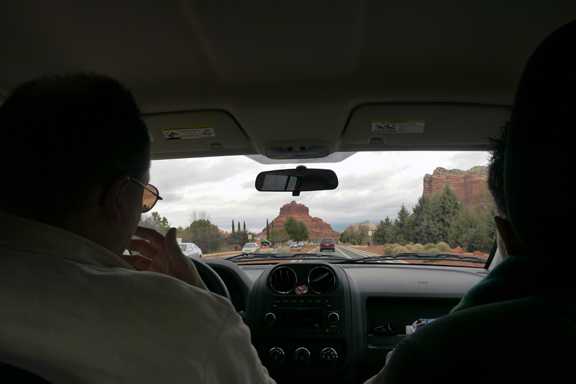 We were headed for the brewpub at Tlaquepaque Plaza, but I was more interested in the curious signs. Esteban theorized that the owner of this store had ordered a sign reading “imported rug sale,” but that the person on the phone had misunderstood: 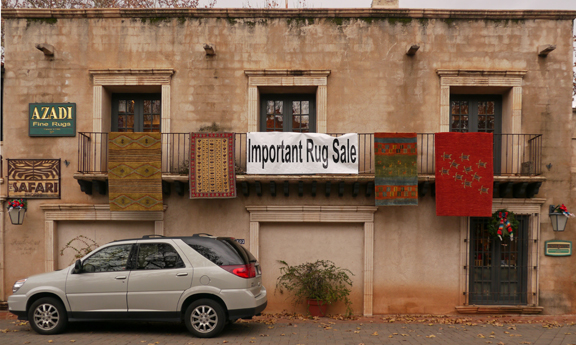 And although the mall was built to (artificially) resemble a colonial Mexican hacienda, I still loved some of its quiet, contemplative spaces.

My sister and I dropped Esteban off after lunch and went back out in search of adventure. I enjoyed visiting the ubiquitous New Age crystal shops and Hopi jewelry stores. But for me, the highlight of the day was our stop at Son Silver West.

At first, we were drawn by the kitschy Western-themed souvenirs. 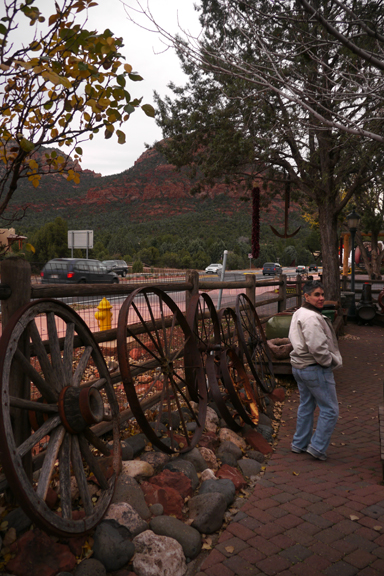 But we were soon enraptured by the amazing collections of folk art. One room was devoted entirely to Mexican Día de los Muertos decorations: 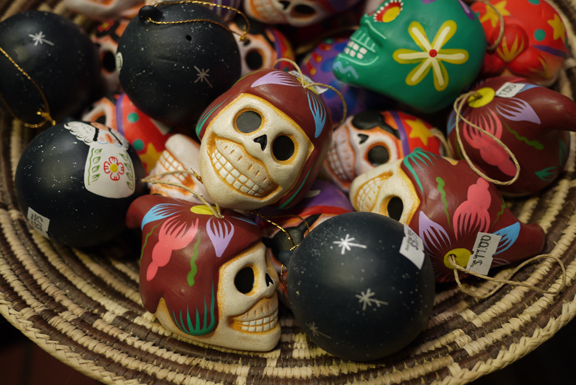 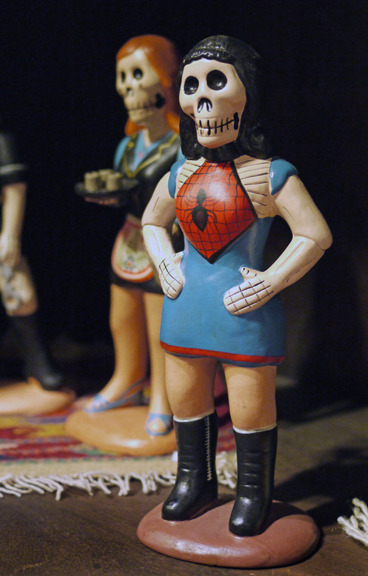 … while other rooms featured huge collections of hand-knotted rugs, antique rifles, glassware, and even cacti.

On my way out I bought two horseshoes for good luck. 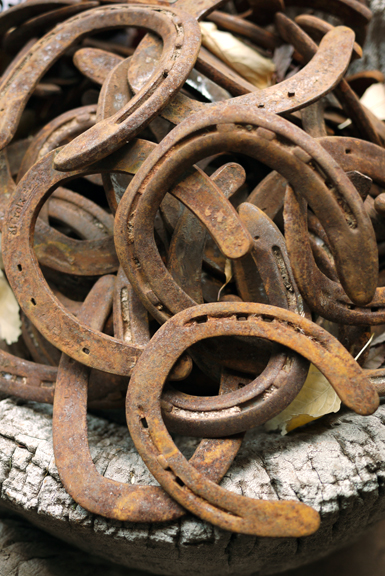 I also chuckled at one artist’s name. “Guy Stoner” has to be some sort of pseudonym, right? 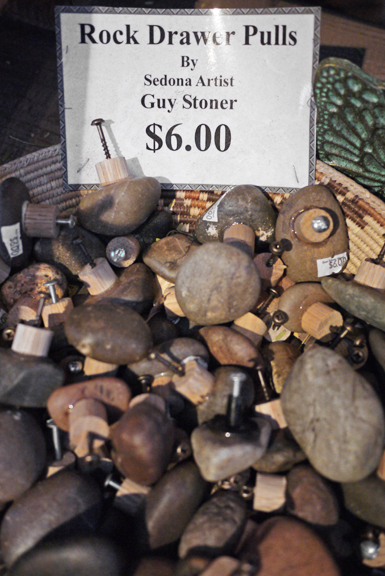 Finally, my sis and I wondered anew at the purpose/significance of the giant white chicken. Is it art? Or is it a cleverly disguised sweat lodge — or maybe an alien aircraft? In Sedona, there’s no way to be sure.

As I watched the news this evening, I felt a bit guilty about kicking back in the desert while my friends in Minnesota are shoveling another eight inches of snow. Oh, well … I’ll be joining them soon enough. But for now, it’s sayonara from Sedona.