At about midnight last night, the woman in the apartment upstairs opened a school for acrobats. Or at least that’s my best guess. The dull thuds on my concrete ceiling persisted until about 2 a.m.

Je n’etait guère contente. (I wasn’t too happy.) I’ve been battling a cold since yesterday and I needed my rest. Wiped out, I went back to bed after my neighbor left for work.

As long as I was off to a slow start, I decided to make today Laundry Day.

I’ve finally figured out the washing machine with its array of three knobs, six buttons and eight blinking lights.

But this morning I puzzled over the iron’s “anti-calc” feature. I wondered: How could an iron automatically rid itself of the minerals in Paris’ famously hard water? Then I saw the small white specks of calcium all over my clothes, the table, the floor. Oh, I see …

And although I laughed at first at the tiny tabletop ironing board, I now think it a rather elegant solution. I want one for my home in Minnesota.

At about noon, I walked to the nearby Cluny museum. Like many of Paris’ museums, the building is as stunning as the artifacts it houses. I didn’t have to try too hard to imagine the abbots walking around in their 15th-century garb. 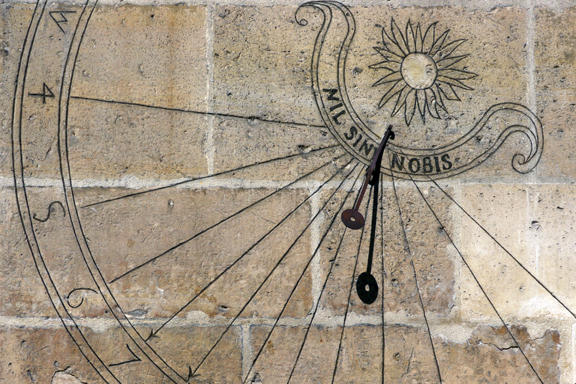 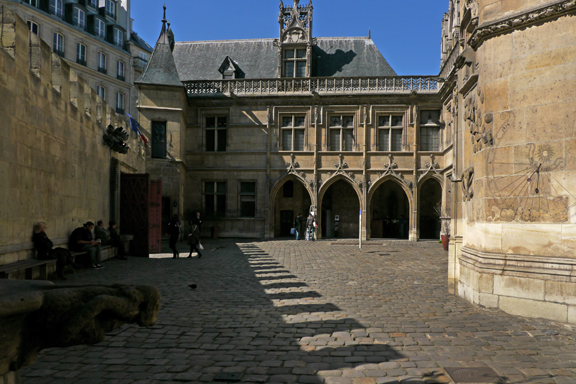 I loved seeing the heads of the kings of France, which were lopped off the façade of Notre Dame during the revolution, buried in someone’s back yard, and only recently rediscovered.

I also got a kick out of one stained-glass window, which seemed to depict the first-ever LASIK surgery … 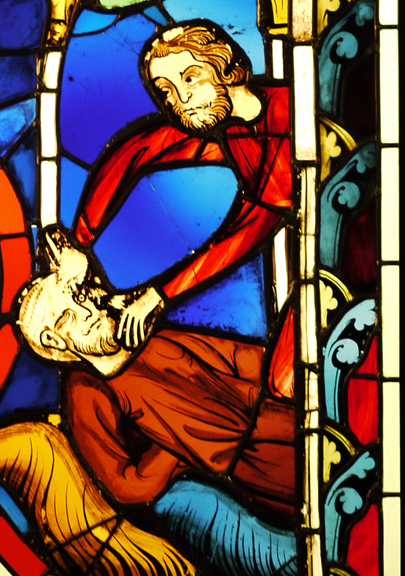 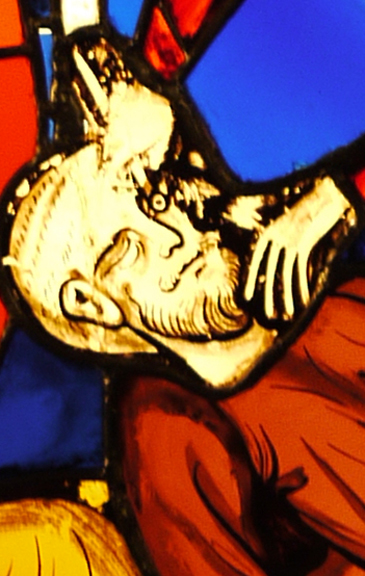 … and another that shows a knight straight out of Monty Python, beheading a king. Strangely, the king doesn’t look too perturbed. “It’s just a flesh wound,” he seems to be saying. 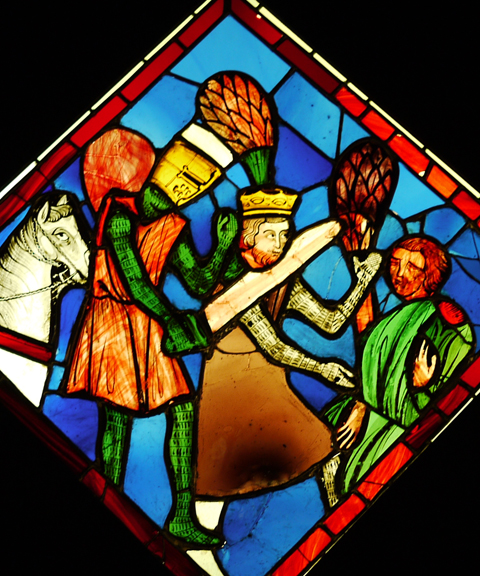 I marveled at the gorgeous frescoes in the chapel, and at the many intricate tapestries. 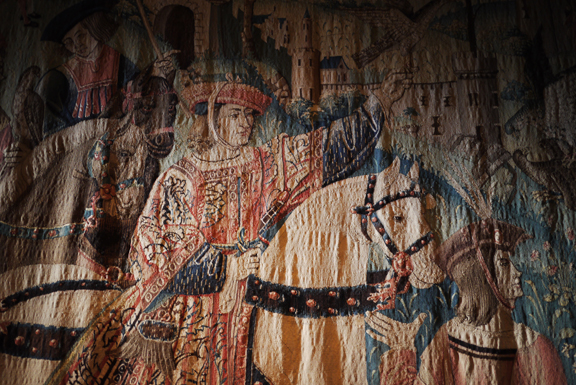 … but I found myself wondering whether there were lots of twins and triplets in the 1500s:

It was a beautiful afternoon, so I hopped the métro across town for a stroll through Père Lachaise cemetery.

Call me morbid, but it’s one of my favorite places in all of Paris. It’s huge and verdant, and usually quiet and serene.

I was sitting in front of Chopin’s tomb, waiting for the crowd of German teens to dissipate, when I spotted a familiar face. “Colin, darling!” I said. It was my pal from last year. The odds? Astronomical.

We picked up the tour exactly where we’d left off last September. 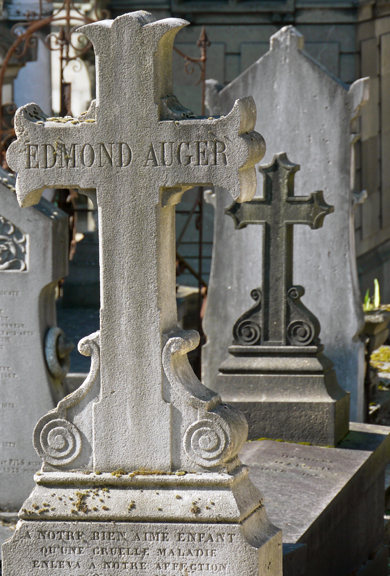 After three or four hours, Colin left me on my own. He had quiz night at the pub; I had the golden light. But soon the shadows grew longer, and another day in Paris drew to a close. How our lives fly by …

I walked through Les Halles on my way back to the apartment. The hideous 1970s project is fenced off in preparation for demolition. I hope the next incarnation of this ages-old shopping district fares better. 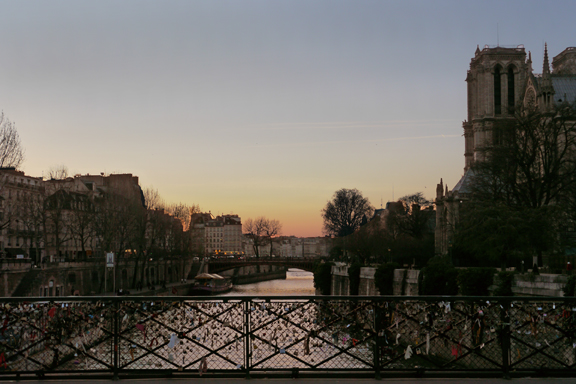