The other day I wrote about how I’ve been lacking inspiration, and about one friend’s advice: Take a walk. I’m so glad I took his suggestion to heart! In one of life’s strange coincidences, Mo’s advice led me to meet a font designer whose work I’ve admired for ages.

Among American graphic designers, Chank Diesel is somewhat of a legend. He’s done several murals around the Twin Cities —

— and he’s also created fonts for some pretty huge “corporate clients and crazed loner entrepreneurs.” (Chank’s words, not mine.)

So I was a little surprised to find myself driving past his latest project yesterday morning. I’ll admit that I didn’t recognize Chank at all. But his letterforms — and his trademark goggle-eyed guy — were unmistakable.

I did a U-turn in the middle of the road and I pulled around the block.

“Excuse me! Are you by chance Chank Diesel?” I yelled over the rush-hour traffic. He seemed a little perplexed. “Yeah, that’s me,” he said, climbing off his ladder.

My fontographer idol was disarmingly down-to-earth. He asked me if I was a designer (“Naw … just a writer,” I replied). We joked about Comic Sans, and we mused about how most people never consider that someone actually has to make such fonts.

I resisted the urge to gush about his Go Font Yourself collection, and Adrianna (which I used on my résumé), and his value fontpack, which I purchased on impulse last year. 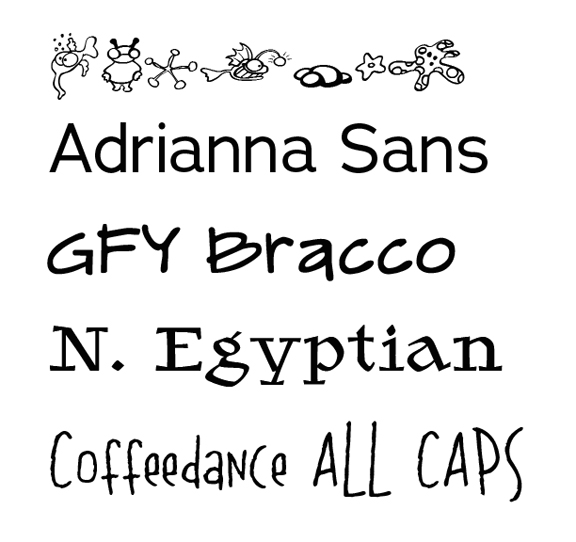 Instead we talked about Chank’s mural. “It’s so much better than having a blank white wall,” he said. His work would likely be painted over as soon as the building got a new tenant, but he didn’t seem to mind. “It’s kind of interesting to make something that you know is transitory,” he said.

I gave him my business card and promised to be in touch about my creative characters series. Then I let him get back to work. 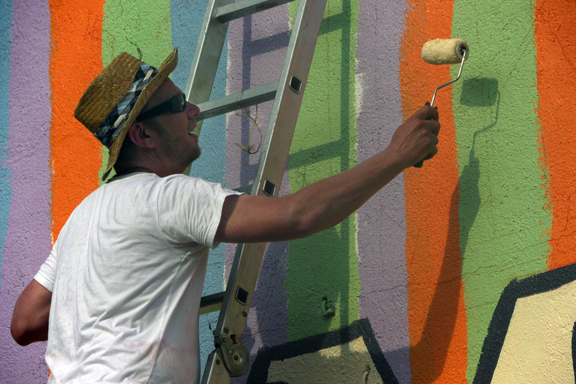 I came back this morning to see the finished product. 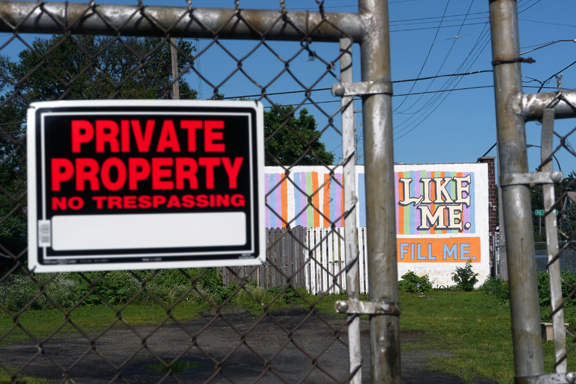 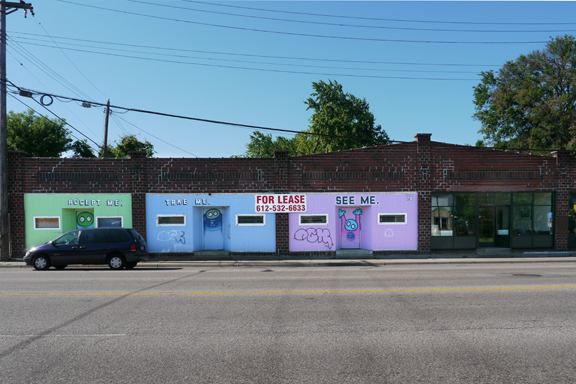 … but somehow, I don’t think Chank would mind. Who knows? Maybe the graffiti will inspire his next font, “Tagger Sans.”