Can you help “kill” Laurice?

Esteban and I had dinner with our friends Darren and Laurice last weekend. They’re two of the kindest people we know. But — as further proof that life is utterly unfair — they’ve been beset by misfortunes lately.

The most recent was the discovery that Laurice has non-Hodgkin’s lymphoma. Hers is a rare case, a type that usually affects older men. The long-term prognosis isn’t great.

And thank god we share a similar (if somewhat morbid) sense of humor: I laughed on Sunday when Laurice said, “If there were a Make a Wish foundation for adults, I’d ask to be cast as a dead body on Dexter.”

Maybe Laurice was half-joking. Still … on the way home from dinner Esteban and I decided to make her wish our personal mission. Among his brilliant ideas: “Why don’t you take some publicity shots of Laurice as a stiff?”

Laurice was a great sport as I led her into the woods today. We giggled uncontrollably at the thought of how we’d explain ourselves if someone were to happen by. “No, really, officer … she’s just quite tired …” 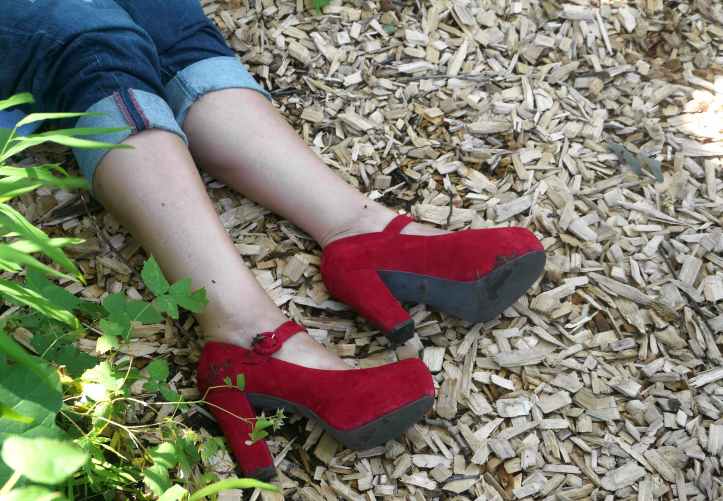 The shoot was great fun. But afterwards I thought, “Now what?” I’ve never launched this sort of campaign before, so I’m not sure where to start.

If anyone out there has some suggestions, please send them along — and please let me know if you’d like to join in the campaign to help “kill” Laurice. Your support would make her day.