Huzzah for the Renaissance Festival!

I first went to the Minnesota Renaissance Festival in about 1979. Here’s my sole surviving photo from that adventure: 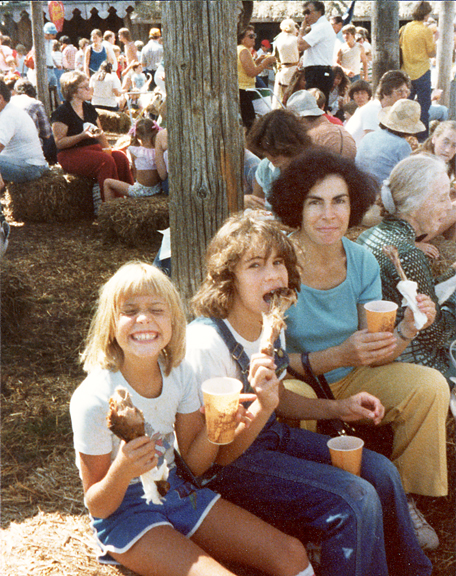 I (very) vaguely remember enjoying the spectacle, but that’s about it. So it’s kind of surprising that Esteban and I have developed a tradition of attending the RenFest at least once a year.

Esteban goes for the giant turkey drumsticks. And I go for the people-watching. 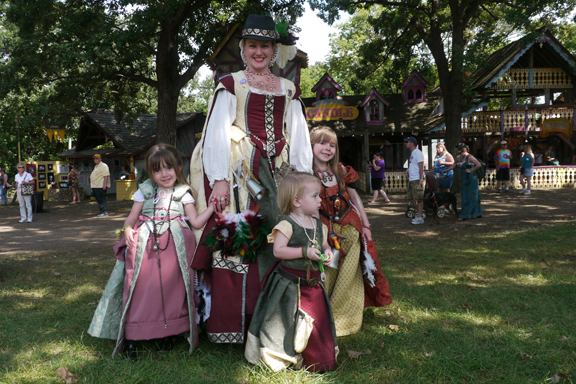 But we have several touchstones that we look forward to, year after year. One of them is Tuey, a ridiculously coordinated juggler. I especially love his “flaming beanie of death.” 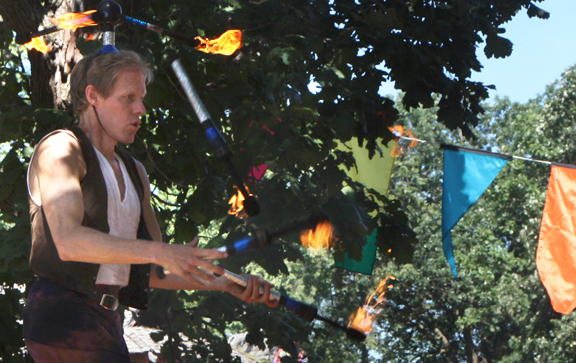 The jousts are another mainstay. I haven’t yet gotten a good shot of a lance connecting with the armor, but I’ve always enjoyed the pomp and circumstance.

The grounds are enormous—and virtually unchanged. 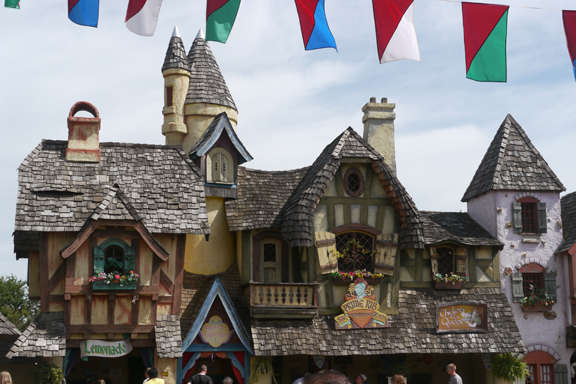 But today I was struck by how much my experience has changed over the years. For one thing, I’ve become more aware of the humorous anachronisms: somehow, the Middle Ages have melded with the Renaissance—and Captain Jack Sparrow.

Today I was also struck by how much more outgoing I’ve become. One of the highlights was making small talk with the Grim Reaper, who confessed that he was having a “bad hood day.” Considering that he is, well, death, he really was a very nice guy. 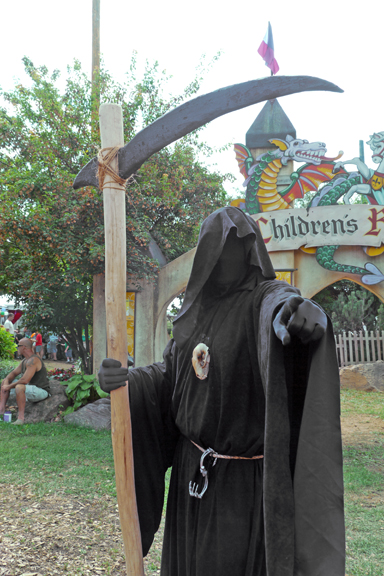 But most of all, I enjoyed the spirit of merriment that embodies the Minnesota RenFest.

Everyone is there to have a good time. And by the end of the day, that spirit becomes contagious.

Traveling this way? The festival runs through October 2, 2011. Check out this link if you want to know more.