Each year, Labor Day marks the end of the Minnesota State Fair.

Most Twin Citians have long since lost their ties to Minnesota’s agricultural roots. But for 10 days in late summer, the State Fair lets us remember that vanishing history.

Of course, that’s just one of the reasons why more than 1.5 million people come to the Fair every year.

A lot of us come for the exotic foods—most of which are either fried or served on a stick. (I can’t vouch for the fried fruit, but the fried pickles weren’t half bad.)

Others come to watch the kids compete for a 4-H program ribbon, like these teens who were showing their ewes.

But for me the highlight was watching the young riders prepare for their equestrian grand finale. I loved the quiet meditation of this rodeo queen as she groomed her mount …

… and the tense anticipation of a young cowboy, as he waited his turn in the arena … 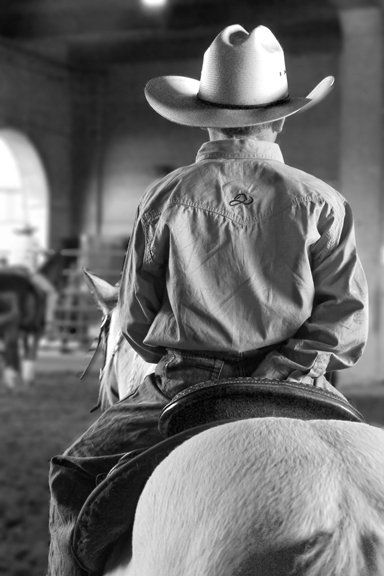 … and the camaraderie of the riders who were just hanging around and passing the time. 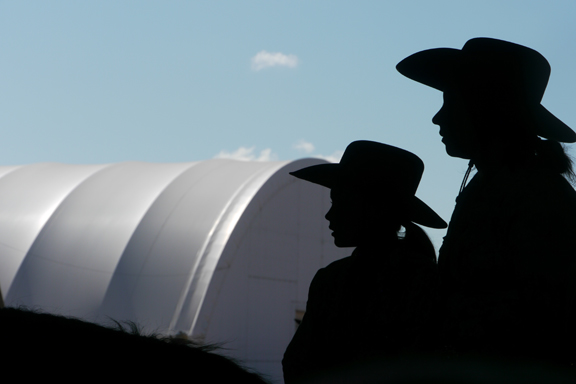 Then I joined my friend Naomi for a visit to the poultry barn. She’s a bit of a chicken connoisseuse, so I learned about the characteristics of several breeds. It was hard to believe that some of these birds were the same species. 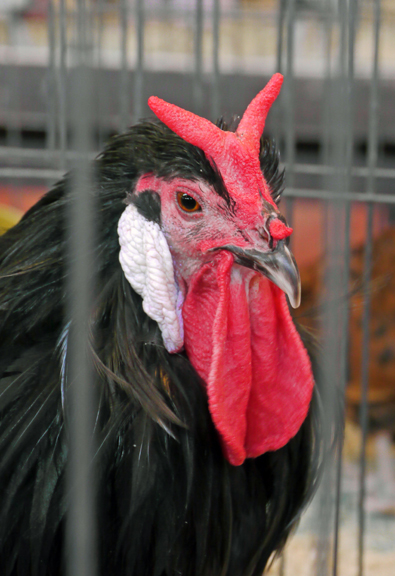 I felt a little stupid about photographing the chickens, until I realized I wasn’t alone.

But as interesting as the poultry may have been, after a while the endless rows of cages (and the accompanying noise) became a little overwhelming.

So Naomi and I retreated to the goat building. Next to the horses, the goats are my favorite: They’re as curious and interactive as dogs—but with wild, freaky eyes and perpetual smiles.

I got a laugh out of this little guy, who was tired out from a long morning of greeting visitors …

… and his neighbors, who were very excited to get some fresh hay. 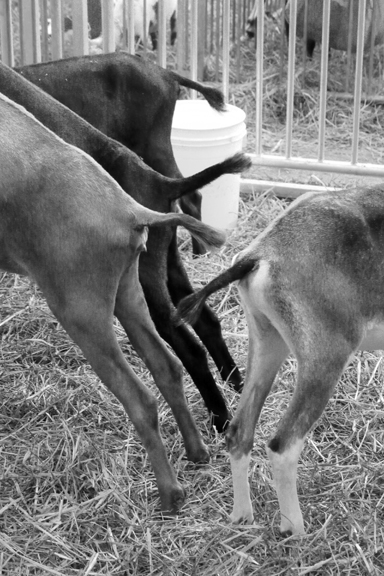 Naomi and I also strolled through the cattle barn. I loved the smell of the hay, the morning’s golden light, and the sight of families working together to care for their cows.

Along the way, we also stopped in the swine barn, but only a few pigs remained—most of them for sale. As they looked up at me expectantly, I couldn’t help but wonder what future awaited them.

Naomi’s and my next stop was the Last Chance Forever falconry show. Although I spot birds of prey around the Twin Cities almost every day, it’s an entirely different experience to see them up close. 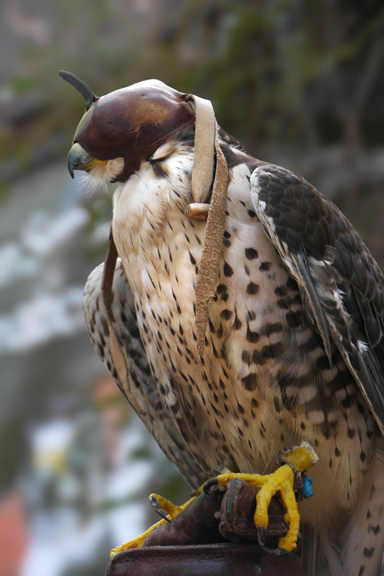 After a brief tour of the agriculture building, Naomi and I parted ways. I stopped into the Coliseum for a few minutes to watch the kids’ equestrian pageant.

Then I made an impulsive decision to hop on the Skychairs that run the length of the fairgrounds. Alas, the view from the ground was far more alluring than that from above. 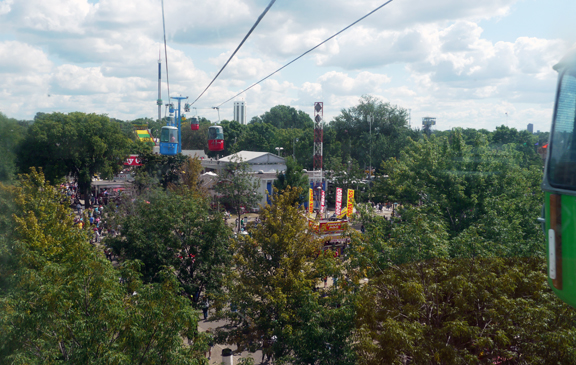 After five hours I was dog-tired, but I’d barely scratched the surface. Oh, well … there’s always 2012. Until then, I join the other State Fair lovers in saying farewell the The Great Minnesota Get-Together for another year. 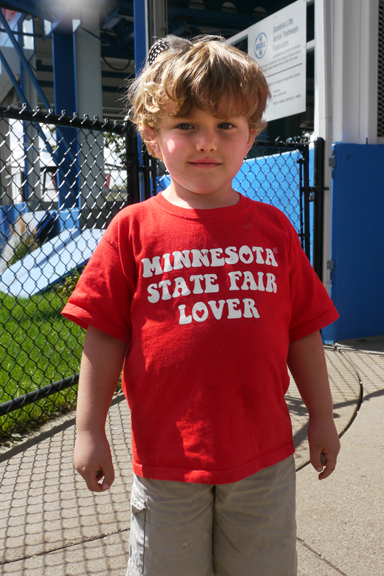