May Day, May Day!

Today — May Day — is a national holiday in France. And because the French take their holidays seriously, the streets were pretty deserted at 7:30 this morning when I set out for a stroll.

I decided to walk along the Seine today, past the Institut du Monde Arabe and across the Jardin des Plantes. The sky was overcast, but a couple of stray sunbeams broke through just long enough to illuminate the poppies and cast long shadows off the plane trees.

As I pondered my next destination, I decided to abandon the no-way-to-get-lost safety of the Seine and stroll through some neighborhoods instead. The city felt eerily quiet, with its deserted sidewalks and shuttered shops. But I welcomed the solitude as an opportunity to savor the stores’ window displays.

Window-shopping is a national pastime in France, I think. It’s not uncommon to see someone meditating intently on a shop window, studying it as if it were a Renaissance masterpiece. And with good cause: Some stores’ windows truly are works of art. Others more closely resemble a museum, like this pharmacy’s somewhat macabre display. 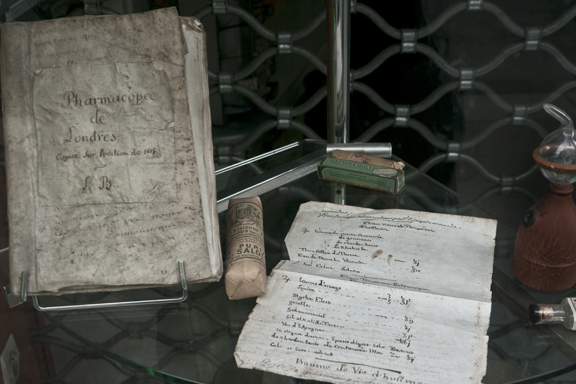 Of course, I got hopelessly — though blissfully — lost. I wandered into a church on Rue Vaneau, where I met (but respectfully didn’t photograph) the world’s oldest priest. The church’s ornate interior was a sharp contrast to his plain, long white robe.

As I zig-zagged my way back to the hotel, the city slowly repopulated itself. The weekly markets began to sprout, as if out of the ground, and the ladies emerged with their almost-microscopic dogs. 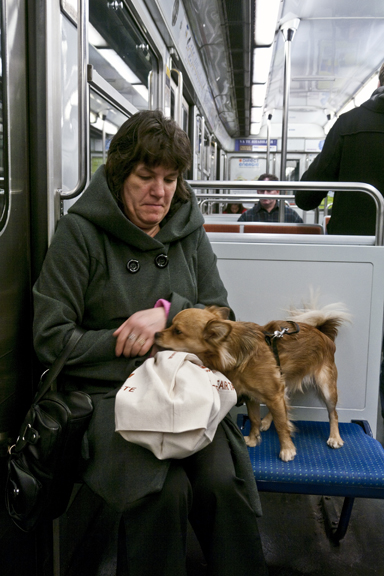 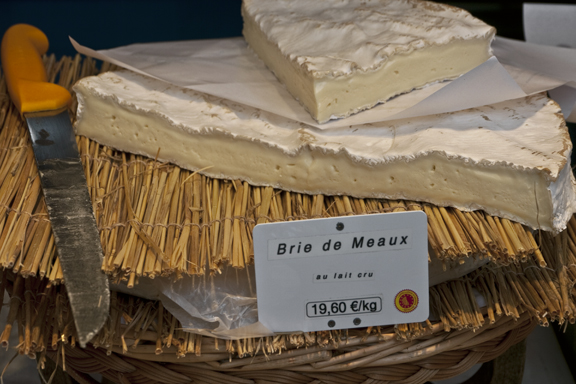 With its quiet, leisurely pace, May Day is a good day to be in Paris. But I must say farewell for a while: I’m off to Freiburg to have some new adventures with some old friends. Back with more tomorrow … in German.