For years, my friends have been telling me to visit Strasbourg. “It’s got lovely architecture,” they’ve said. “It’s full of history.” “The cathedral is beautiful.” But as much as I wanted to take their advice, I’ve never quite managed to leave Paris.

On this trip I had no excuse, though: Strasbourg lies almost exactly halfway between Paris and Freiburg, my two main destinations. So I decided that Sunday would be my Strasbourg day.

I almost chickened out when I saw my landlord’s travel instructions.

But he’d kindly given me a train and tram ticket along with his hand-drawn map, so I felt somewhat obligated to go. 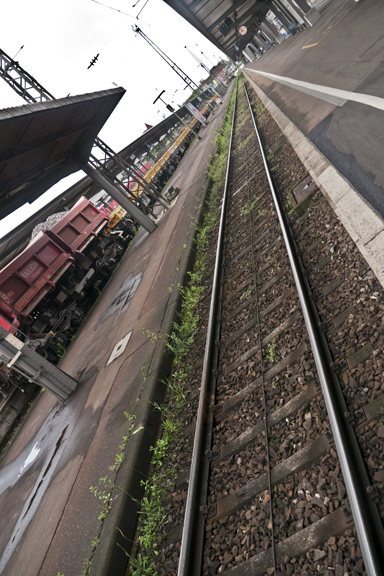 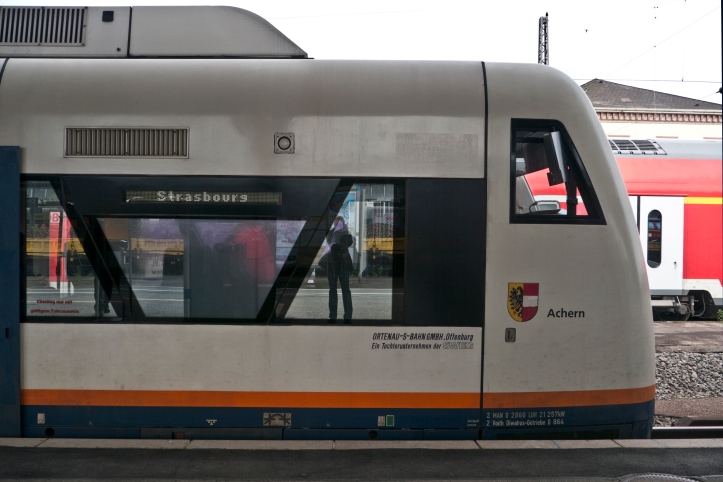 One of the things I love most about Europe is how easy it is to get around by train.

Each country’s system is slightly different, so it can take a bit of trial and error to figure out how to buy tickets, whether you need a reservation, and which cars you’re allowed on. For example, I gathered that this particular car was reserved for handicapped people and teddy bears — so I chose another.

But one thing the trains do have in common is their general efficiency and reliability: I made my connection effortlessly, and within an hour I was in Strasbourg.

I decided to start with the cathedral. At 446 feet, it was the world’s tallest building until 1874 — and it remains the sixth-tallest church in the world. What this means photographically is that it’s pretty hard to fit the whole thing into a single frame.

So I settled for shooting some of the building’s beautiful details instead. 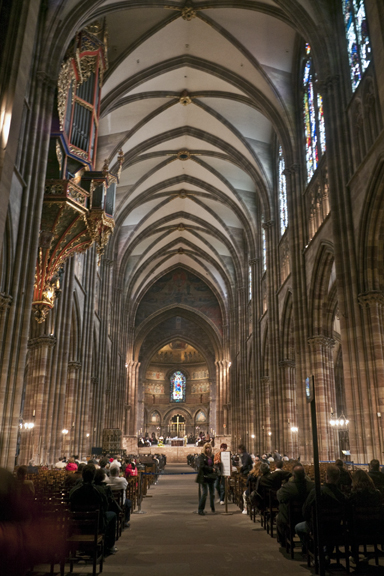 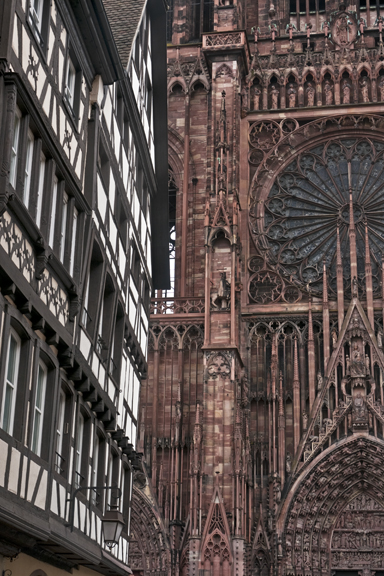 Then I strolled through the über-touristic medieval Altstadt.

I enjoyed hearing both German and French, in about equal measure. And I loved seeing evidence of how these two nations’ cultures had blended.

Then I found my way to the river.

Strolling along the river in an old city is one of the best ways to appreciate its history. Not only does the river provide a great vantage point from which to view the architecture, but it’s also a great way to see the oldest buildings, because most cities start out along the water. 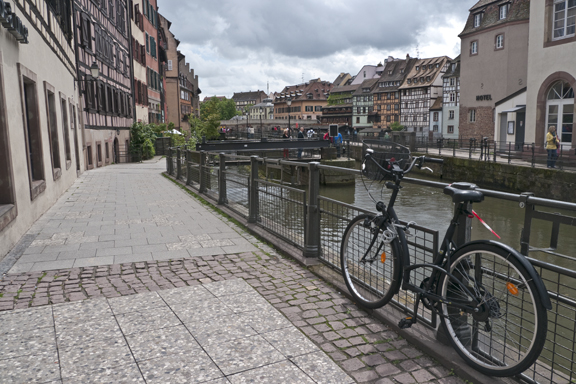 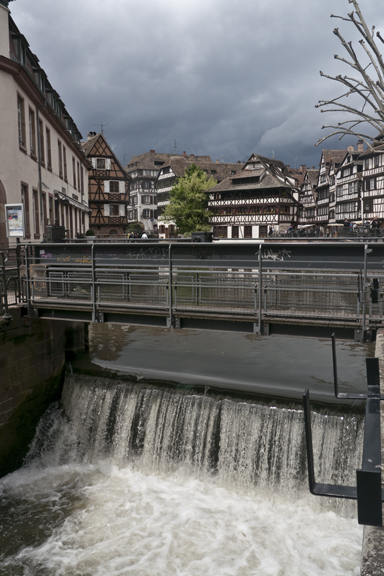 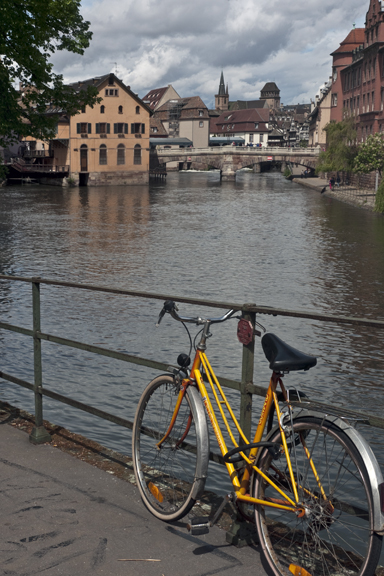 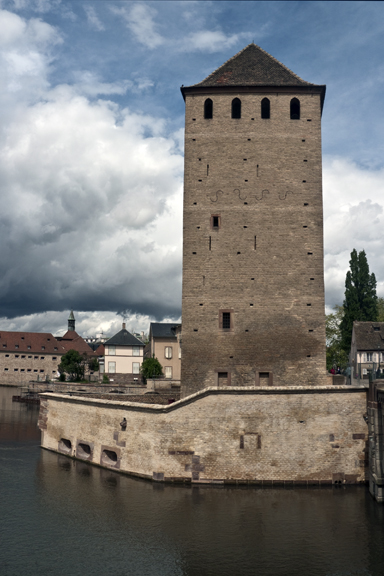 I soaked in the beautiful architectural details along the way. 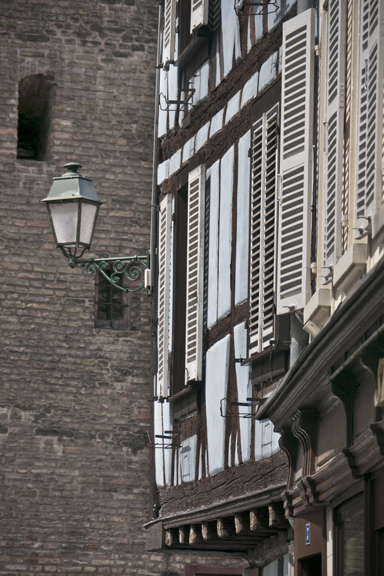 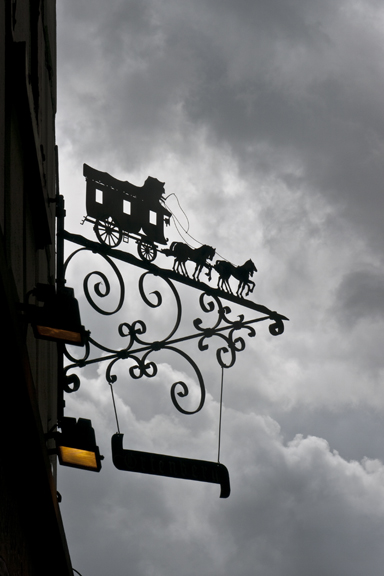 And then I suddenly thought about the time. I needed to be back in Freiburg by 4 to meet some friends for a concert. It was now 1:45 … could I make it back to the station in time for the 2:30 train? I picked up the pace, even though it pained me to be speeding past so much beauty and history.

In the end, it was a swan that did me in. I paused just long enough to take a couple of shots …

… and I missed the train.

Thank God for taxis — and for this driver’s willingness to negotiate a reduced, long-distance fare. 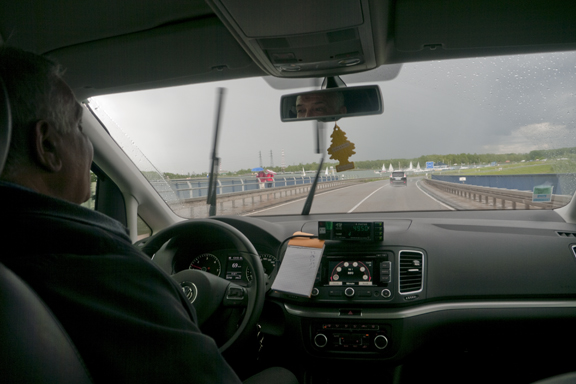 I managed to see a lot of Strasbourg in four hours — but not nearly enough. I have a feeling I’ll be back. And next time, I won’t stop to shoot the swans.