Winter in Minnesota really got to me last year. 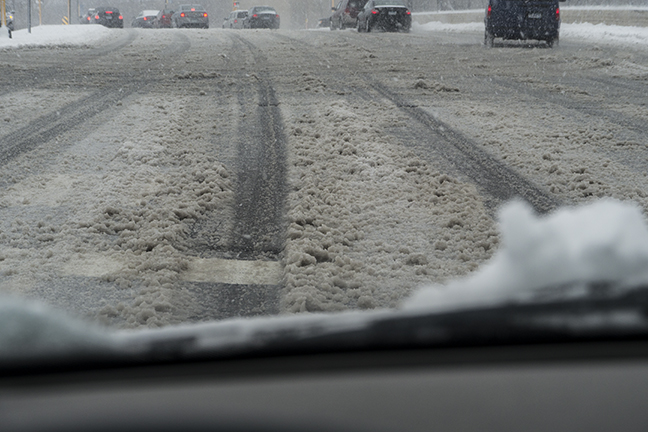 But something in me has shifted this year, and I’ve moved from trying to make the best of it to acceptance.

No, not just acceptance — actually embracing my life here.

I thought about that in the wee hours last night, when I awoke to the blizzard’s howls. “Six to 10 inches this evening,” the weather report had predicted, “and another four to six tonight.”

The snow had already begun yesterday afternoon, turning the landscaping outside my office building into something out of a Disney dream.

A quick look at my back yard this morning confirmed my suspicions: We’d been spanked. I was grateful and relieved that I’d arranged to work from home. 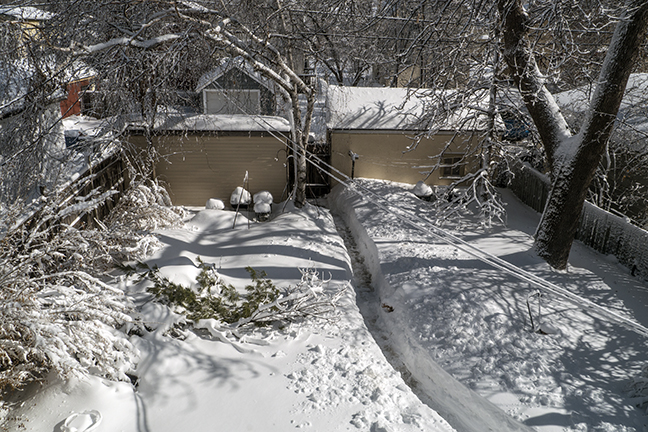 And so it was, that at about 11 a.m. I went outside to clear my driveway. “!$%@!!!!” said my neighbor Nick, smiling as he shoveled a path to his garage. “&^@!!” replied my neighbor Bob, emerging from his own driveway. We laughed and cussed and made small talk.

At the end of the alley we heard the familiar sound of tires spinning uselessly. Someone had unwisely tried to climb the berm that the snowplow had left behind on its first pass, and had gotten hung up. More neighbors gathered and quickly pushed the hapless motorist back into the street.

This is what I really love about a big snowstorm: United by collective inconvenience and misery, everyone becomes so friendly and helpful.

I decided to take a quick walk and survey the rest of the block. That’s when I met another neighbor and his beagle, Chester. I loved their matching coats — and Chester’s fuzzy little boots.

The snow drifts on the far end of the alley were ridiculous, and rendered passage impossible.

But, as difficult as it made any kind of travel, I loved how the snow had decorated and dressed up even the most mundane objects.

By noon the skies began to clear, turning the landscape into a blinding field of white.

I decided to go home and get on with my work. But first, one more photo out the back window.

Spring can’t be too far off.