The bridge that love killed

During dinner with some friends in Paris last December, the conversation turned to the hordes of tourists who were streaming past the restaurant. “Tourism is distorting Paris,” said Chris, who is both a Parisian and a respected travel writer.

“Sure, there are crowds and souvenirs, and the real estate is inflated,” I agreed, “but I don’t think tourism is inherently harmful.”

I’d like to publicly admit today that I was wrong.

On Sunday, my friend Marc shared this photo …

… with a brief commentary (translated from French):

… [today] around 5:50 p.m., a piece of netting 2.40 meters long, has literally collapsed … The famous [Pont des Arts] bridge was immediately evacuated by police and closed to the public. The architect of the police headquarters … [was] dispatched to the scene to determine the cause of the failure of the fence.

I don’t think you need to be an architect to deduce why the railing collapsed. Even I, an occasional visitor, had noticed the proliferation of locks over the past few years.

I first noticed the phenomenon in 2010: 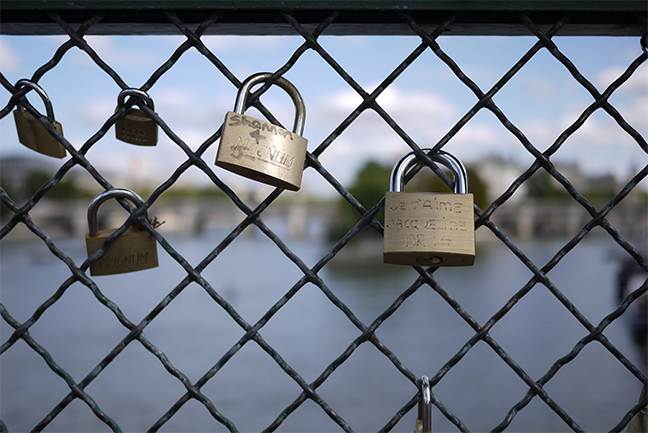 In 2011, the locks had multiplied slightly. 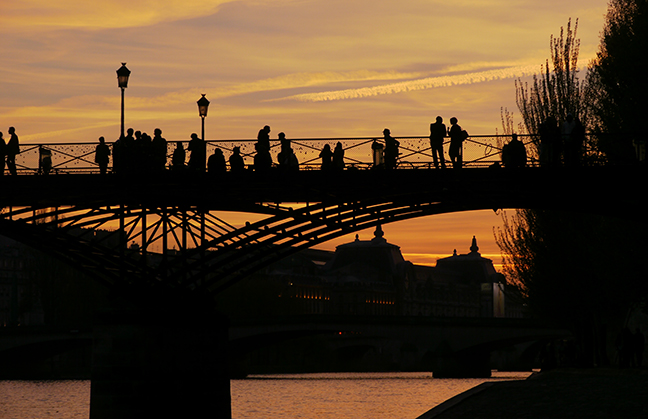 … and by January of 2013 the railings were pretty well covered. 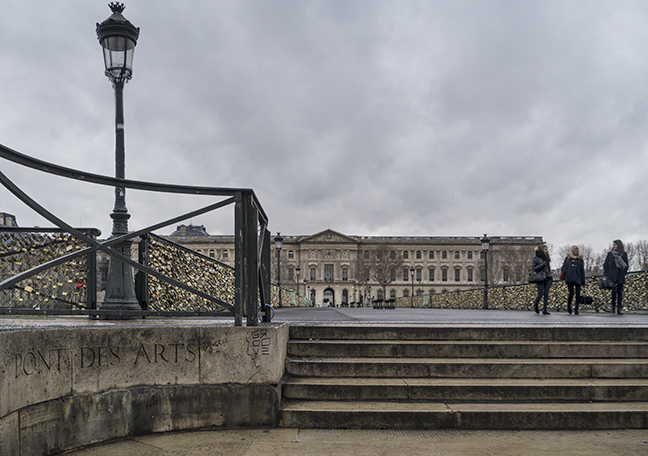 Incredibly, when I returned just a few months later — in December of last year — the locks had reached critical mass. 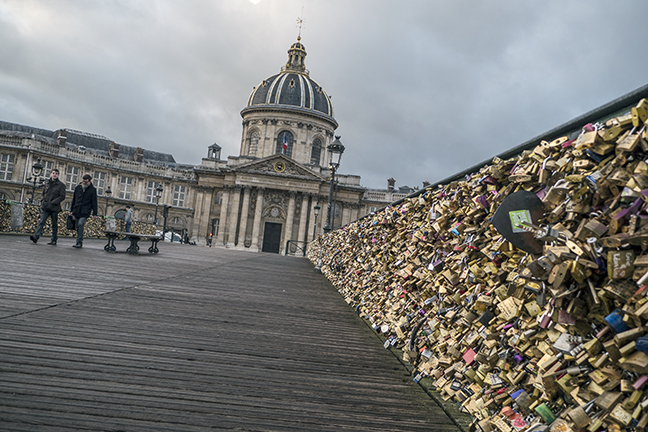 Every surface of the bridge was covered in locks — even the outside of the railings and the lampposts. 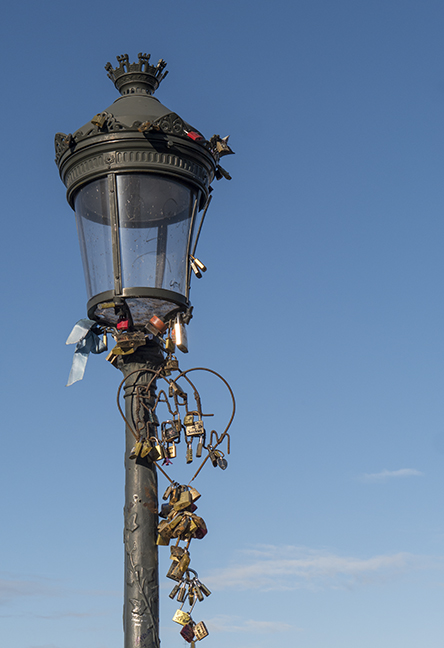 And here’s my sordid confession: I contributed to this problem.

In my defense, it seemed harmless and quite romantic at the time. I’m sure that was also true for the thousands of couples who came after me. But in spite of our collective best intentions, in aggregate we really did deface and distort the city.

It’s a human impulse to both join in rituals and to leave our mark. But, from now on, I’ll apply the maxim that has guided every trip into the woods to my urban treks, as well:

Take only photographs, leave only footprints.

I encourage other visitors to Paris to do the same.

Want to read more? Here’s an eerily prescient article — and a news report of Sunday’s incident.