July 4 goes out with a bang

July 4 is a big deal to many Americans. Some people celebrate by gathering the family for a barbecue; others attend civic events or parades. But for an increasing number of my neighbors, Independence Day is an excuse to get drunk and blow things up.

It started at about 4 this afternoon, with a few bottle rockets and an enthusiastically incoherent rendition of America the Beautiful (a bit like this, but without the Italian suits, bodyguards, or background music).

Two hours later the singers had retired — or possibly passed out — and the rockets had gotten bigger. (Because nothing says “freedom” like being scarred for life!) 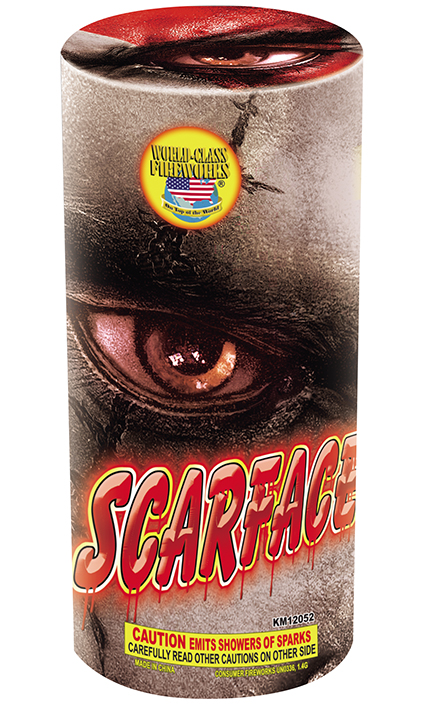 Then there was a bit of Redneck Ruckus (exactly as advertised), followed by light showers of Acid Rain (“Warning: shoots flaming balls”) …

… and by the time I set out for my evening stroll, my neighborhood sounded like a battlefield.

Although I was uninjured by the bits of ash that pelted me at one point, I still came home rattled and jumpy. That’s when I remembered a photo I saw a couple of days ago: 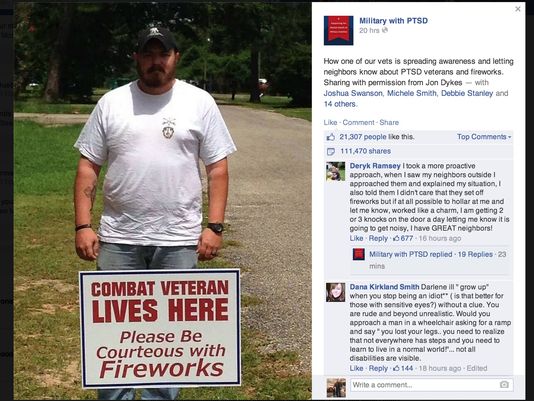 Fireworks may be a nuisance to most of us, but to some people they’re actually traumatic.

They’re also indisputably dangerous. Here’s the least-disturbing image that turned up when I searched “firework injuries”:

According to the National Fire Prevention Association, in 2011 fireworks caused about 17,800 reported fires. In 2012, U.S. hospital emergency rooms treated an estimated 8,700 people for fireworks-related injuries. And in 2013, that number soared above 11,000.

So … why are these things still legal? Probably because we see them as a “right.” Americans are pretty obsessed with “freedom” and “rights” these days.

But on July 4, when so many of us celebrate our freedom, I wish we’d remember the other half of the equation. In Eleanor Roosevelt’s wise words: