A fond farewell to the barn

April is National Poetry Month.* I was going to leave this fact unacknowledged, because — though it’s heresy to admit it — I don’t like most poetry. Poetry can be sumptuous and evocative. But too many writers use poetry as a literary Cuisinart, as an excuse to dice up thoughts and mix metaphors. Some poets — like Sylvia Plath, in Elm — even purée their metaphors to the point of incoherence. (Is it the sea you hear in me / Its dissatisfactions? / Or the voice of nothing, that was your madness?   …   Or shall I bring you the sound of poisons?  / This is rain now, this big hush. /  And this is the fruit of it: tin-white, like arsenic.)

So you can imagine my dismay when my friend Bob announced he’d been writing poetry. I met Bob 30 years ago. He was a musicology and harpsichord professor back then, and Esteban was helping with chores around his house. I didn’t fully understand Bob at first. He loved history — which seemed boring, when I was 18 — and he had an alarming habit of peppering his conversation with Italian, French and German.

And yet, I was sad to leave him when Esteban and I got married a few years later and moved into our own house. We saw Bob only sporadically that first decade, as we tried to start our careers and raise a puppy and fix up our house and plant our gardens.

But in spite of the infrequent visits our friendship continued to grow. Even after his retirement from the university Bob continued to grow, too. He published books and did genealogical research … and he started writing poetry.

He invited me and Esteban to his first public reading.  “This is actually really good,” I thought, as he described the night sounds of his World War II encampment. “This is wonderful,” I’ve said more than once in more recent years, as he’s handed me new poems. I’ve taken to reading them out loud for him during our weekly Friday-night visits. But he doubts the quality of his work, and whether it’s even worth sharing. I think it’s worth sharing. Happy National Poetry Month. 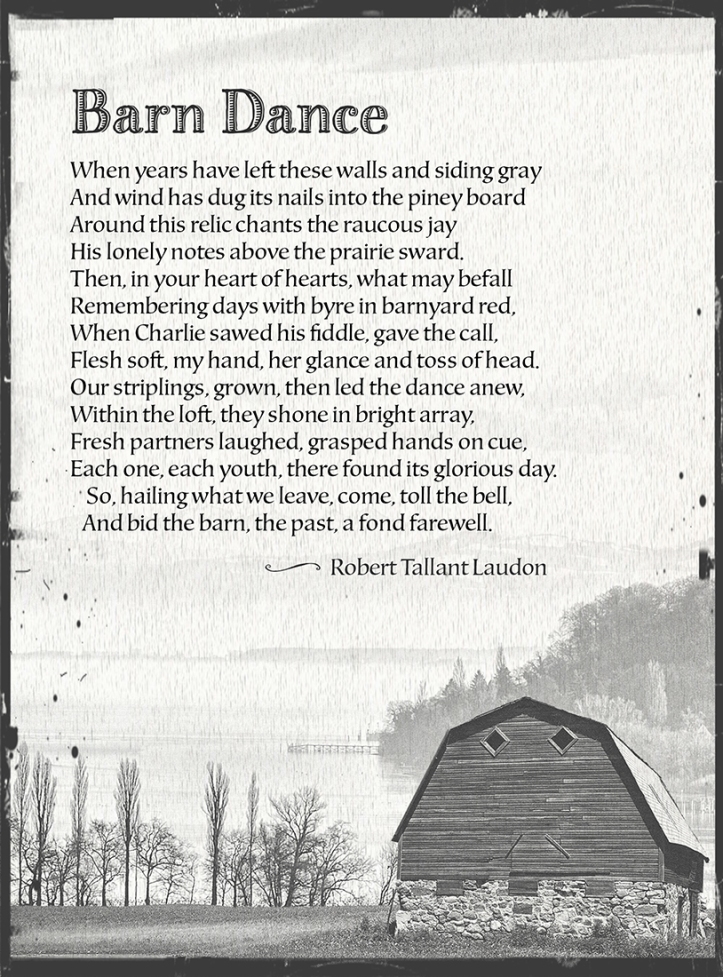 *It’s National Poetry Month — at least here in the States, where we seem to have a random designated day, week, or month for everything. Why, in April alone there’s a Tweed Day (April 3) and a Draw a Picture of a Bird Day (April 8). Sadly, we just barely missed Bat Appreciation Day on the 17th. But you still have time to get your cholesterol-related decorations ready, because National Lipid Day is just around the corner!