To Paris’ helpers, with love

When I heard about the attacks in Paris last night, my first thought was my friends. They come from all walks of life: journalists, musicians, authors, photographers. One is a tour guide, a yoga teacher; another is my underground muse. A couple are unemployed — and a couple more are retired. In spite of their diverse backgrounds, though, last night they all had something in common: They were in Paris, but I didn’t know where.

I spent hours sending emails and making phone calls, and grew more relieved with each response. By this morning everyone was accounted for as the last of my Facebook friends checked in. (Although it makes me profoundly sad that Facebook even has this feature, I’m also profoundly grateful.) 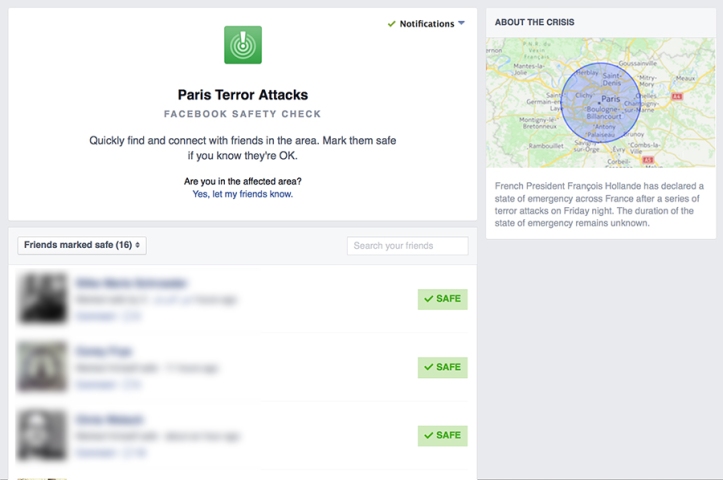 Then the rest of it sunk in: How would Paris react to this horror? Would the city be paralyzed by fear? Would there be a backlash of scapegoating and hate?

And … what would I tell my nieces when I arrived at their house this evening, loaded down with tubs of Nutella and little treats from my last trip? Children always want to know why. Why are there bad people in the world? Why would anyone do this? Why … why, why?

I’d asked myself the same question a couple of years ago when I stood in front of the Wall for Peace and gazed at the Eiffel Tower through the vandals’ shattered glass: Why would anyone do this? Why? 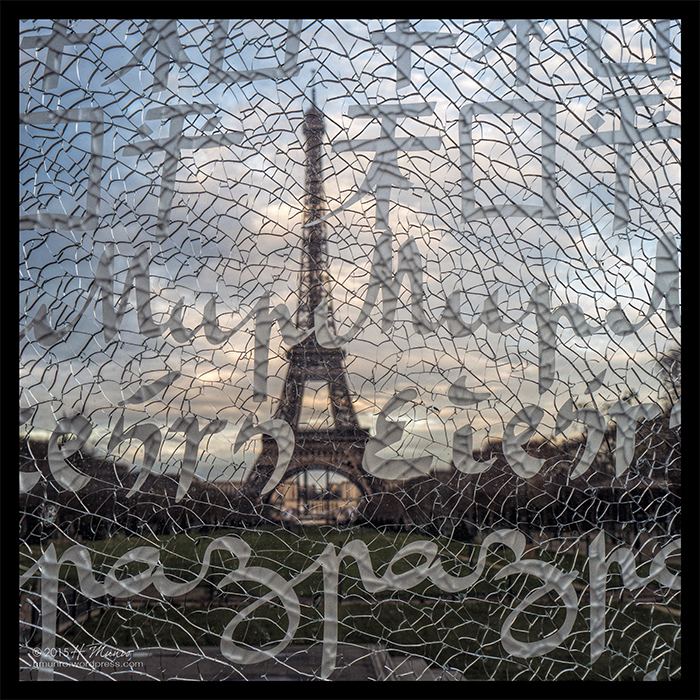 That glass became a powerful metaphor this morning as I pondered the shattered lives, and some humans’ drive for senseless destruction. Why?

No one can answer this question; there’s no way to justify hate, or to explain madness. But at least I’ve found a way to answer my nieces, if they ask:

From the extraordinary heroism of the police and firefighters, to the kindness of ordinary citizens across Paris, today I’m turning my gaze toward the helpers.

May there always be helpers … and may peace one day prevail.