As an amateur photographer I have lots of bad habits, but by far the worst is not looking at my photos after I take them.

Over time, the weight of all those photos becomes oppressive, as it can take hours to sort through my mostly crappy snapshots to pick out a handful of favorites. Eventually the task feels so daunting that taking new photos seems pointless, since it will only add to the backlog on my hard drive.

But over the past month I’ve begun to chip away at that backlog, by sifting through 15 years’ worth of family snapshots and sending the highlights to my loved ones.

And last weekend I turned my attention back to Arles. (Remember the weekly market I described some six weeks ago?) Here is just a small appetizer of the Arles buffet to come. 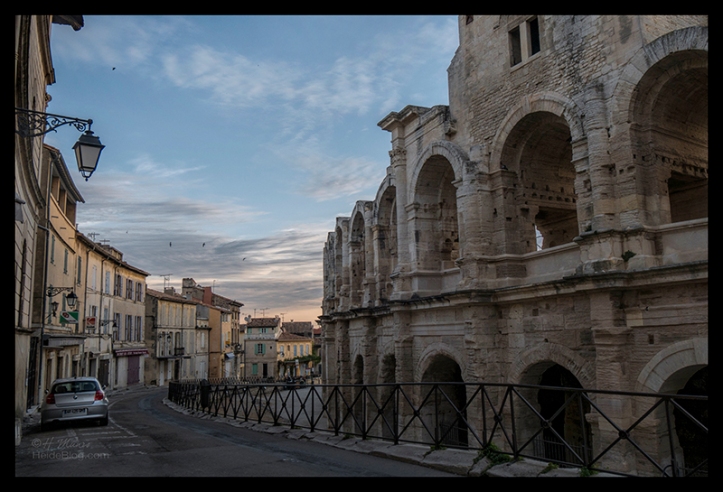 Roman ruins jut out of the ground all over town — like the remains of this enormous first-century B.C. arena, which could once seat 20,000 spectators. 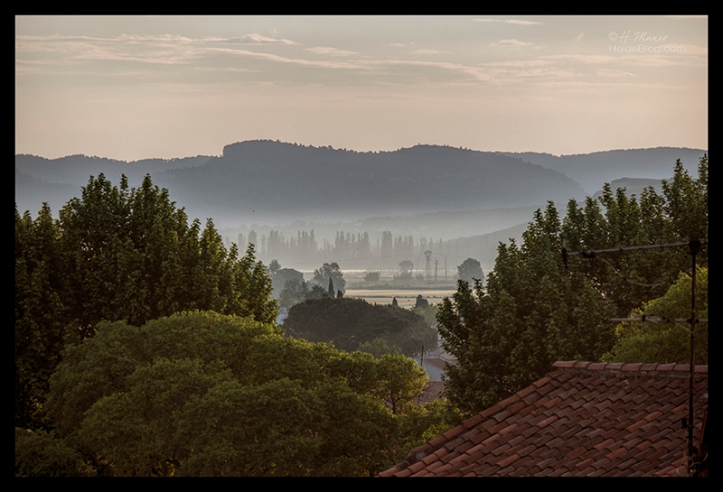 Thick fog only made this particular morning even more beautiful and peaceful.

I loved how the famous Provençal sun found its way into even the narrowest of streets. 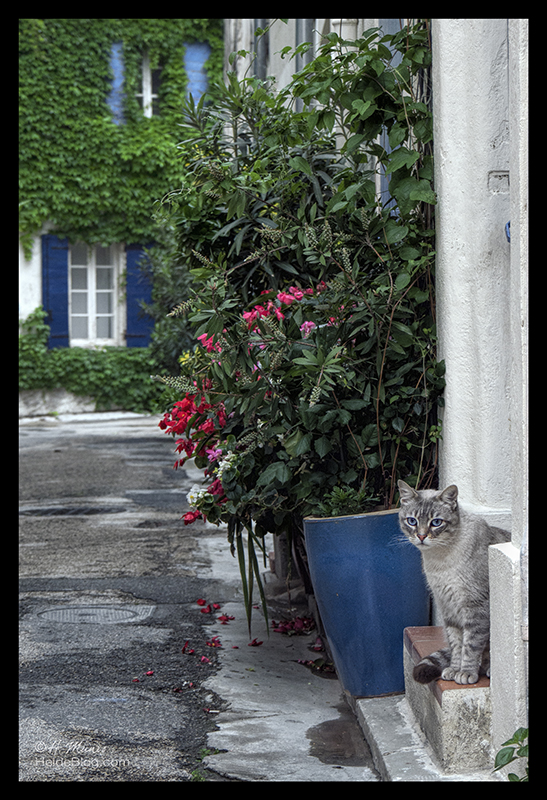 This cat demanded to be pet — and then bit me. Ingrate! But I forgave him because he matched the scenery so perfectly.

Whether it’s because of the sun-baked climate or economic downturns, much of the city seemed to be in a charming (but tidy) state of disrepair.

Well, there’s the appetizer I promised. Stay tuned for the full feast of sun-baked, Roman-ruined, cat-adorned photos, yet to come!