A Christmas past in Colmar

When Esteban and I first discussed moving to a condominium, my biggest sticking point was the homeowners’ association fee. “We’ll have that monthly expense for the rest of our lives,” I protested. “But with that fee we’ll be buying time,” he replied.

Although we still need to paint the hallway and finish some trim carpentry, we’ve reclaimed the hours we used to spend raking snow off the roof and clearing our sidewalk so the drunk college kids wouldn’t face-plant on the ice and sue us.

I used some of that time this weekend to revisit the thousands of photos I shot in 2013 and never looked at again. My intent was to show you the Christmas markets Esteban and I visited in Bruges, Köln, Heidelberg, Freiburg, Colmar, Strasbourg and Paris. But then Christmas happened (along with several lazy naps) and all I have for you is Colmar.

Maybe it’s fitting, since Colmar was our favorite. I’ve already written about the city’s history and unique character, which provided the perfect backdrop for the annual Christmas festival.

During the day the decorations were beautiful, if a bit subdued. 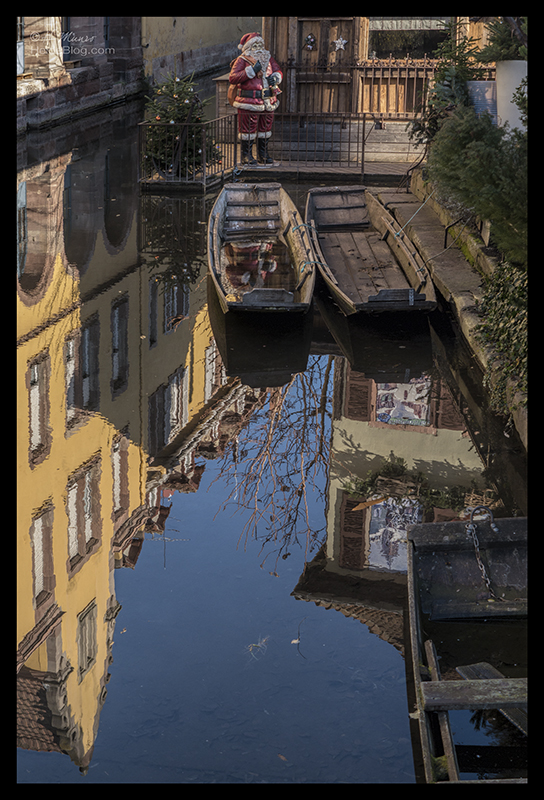 But as dusk fell, a different energy pulsed into the old city. Crowds materialized out of nowhere as locals and tourists alike flooded into the streets. 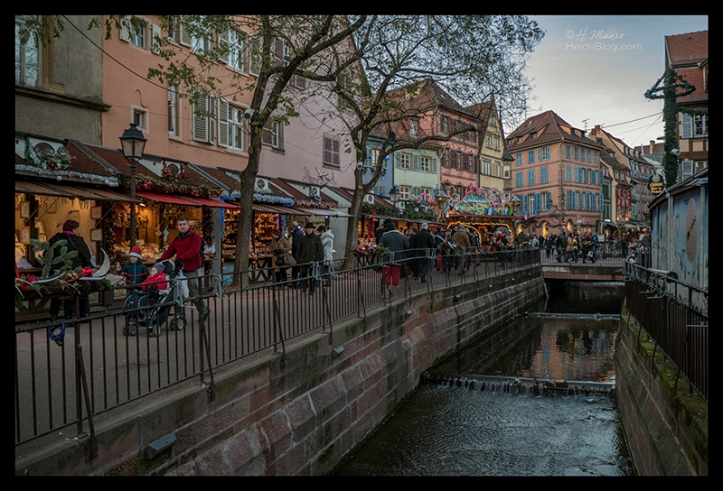 Some folks queued for baked goods, sausages, and hot mulled wine while others perused the endless selection of handmade goods. 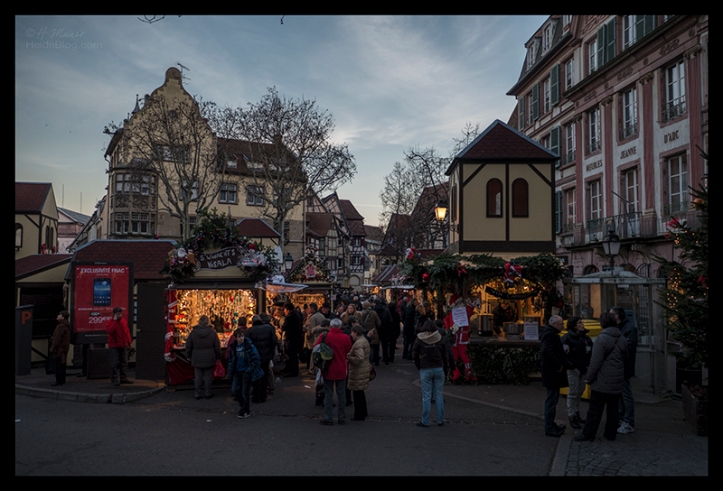 But it was after dark that holiday atmosphere came alive — as if someone had flicked a giant light switch. (Which I suppose someone really had.) 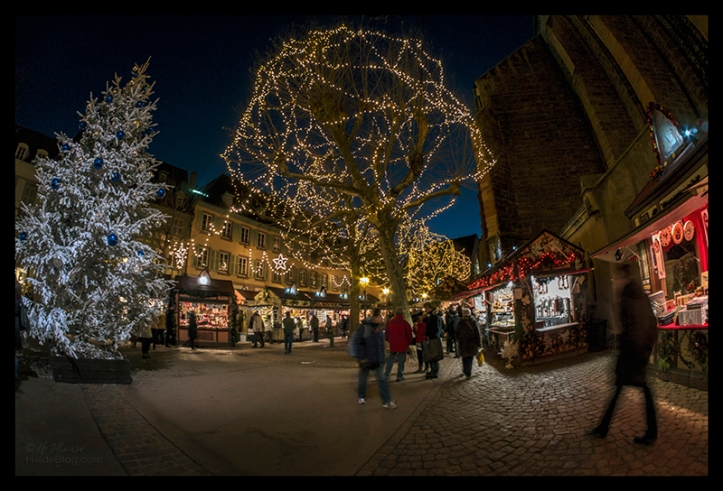 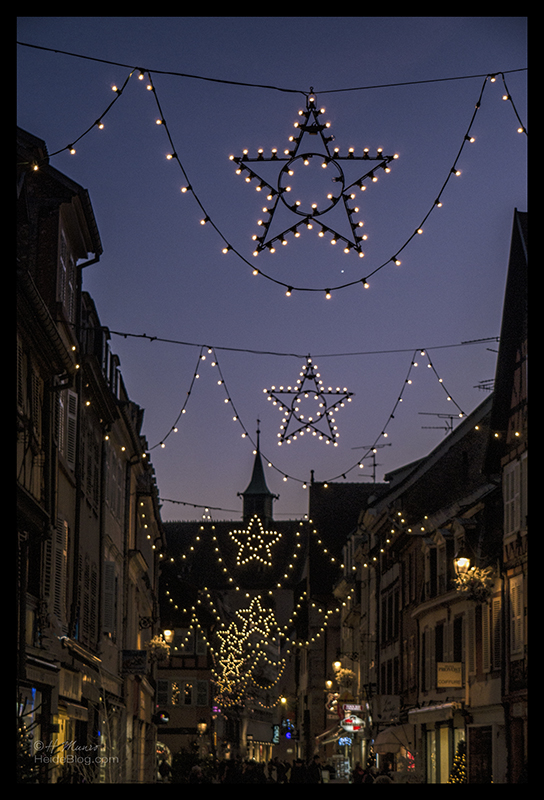 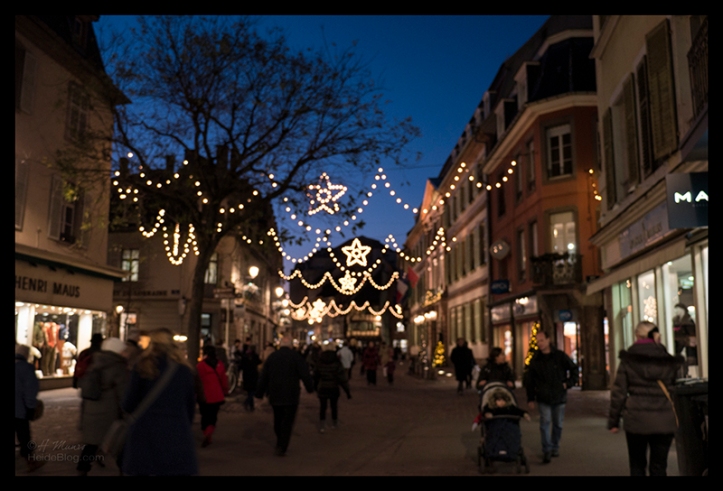 … even if a couple of the streets were too over-the-top Technicolor for my taste. 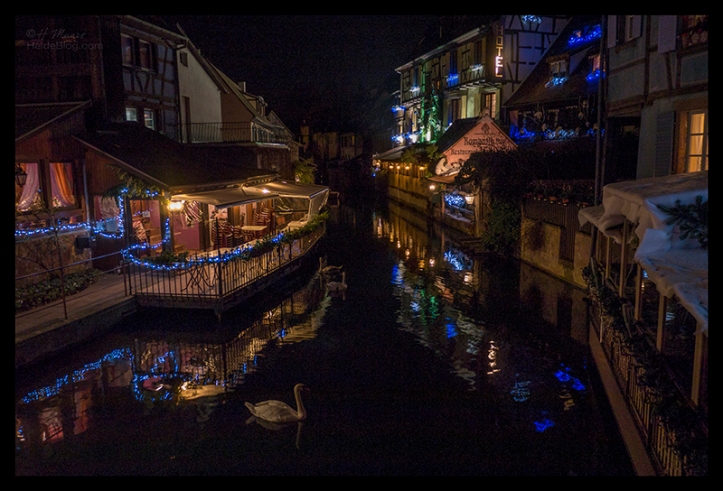 But my favorite image didn’t have any lights or sausages or market stalls. Rather, it’s a still moment on a foggy morning, shot as we were leaving for Strasbourg.

It captures the spirit of quiet reflection that sets in for me at this time of year. For me, Christmas is a time to give thanks for what I have and those I love — and also to think about my goals and hopes for the year ahead.

However you celebrate Christmas (and even if you don’t), I wish you and yours a merry holiday … and a happy, healthy year ahead.