Spring must be close

It’s been only two weeks since the record-setting late-season hyphenated-expletive snowstorm, but it already feels like a lifetime ago. 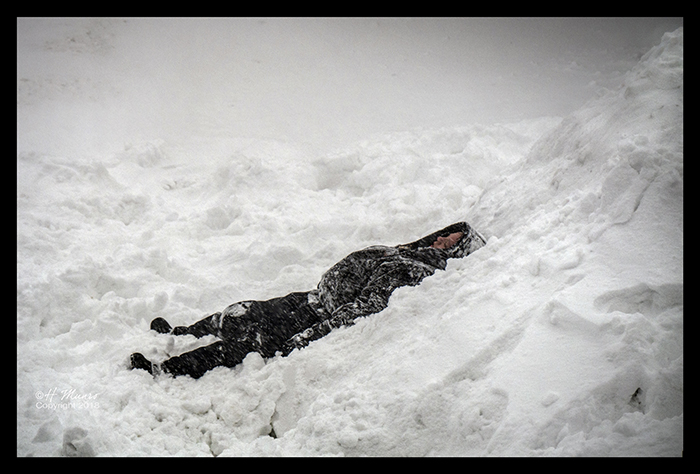 Our plow guy’s son pretty much summed it up.

Last weekend brought temperatures in the 60s (15.5 Celsius) and a thaw so rapid you could literally hear the ground sucking in the snowmelt. I was giddy to see the first patches of green, and my first robin. 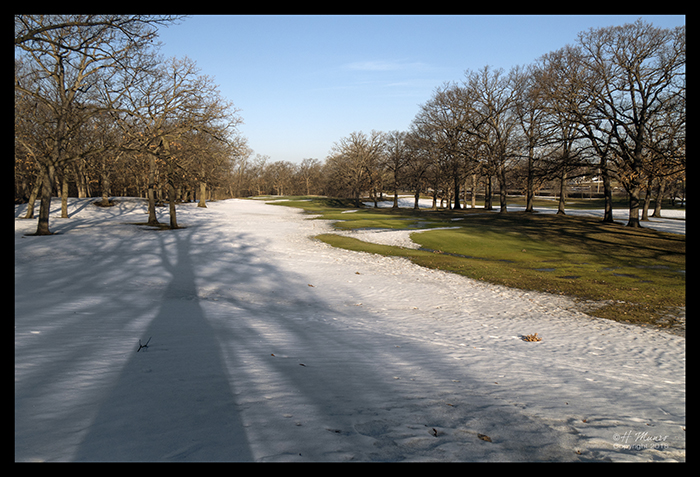 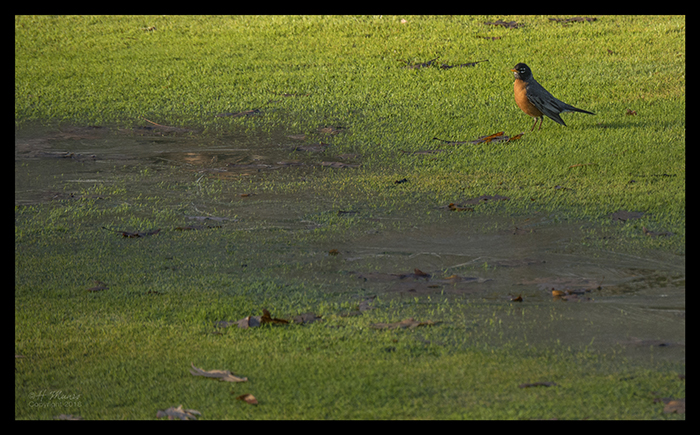 Esteban and I went for a walk one evening and marveled at how late the sun set. 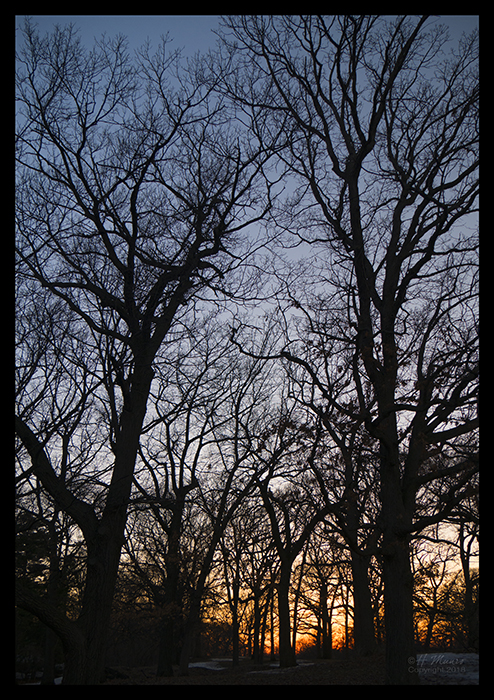 Since then it’s been cool again, but the sunlight has still encouraged the little things to molt and pop out of the earth and end their hibernation. So yesterday I put put on the close-up lens and recorded my first blade of grass … 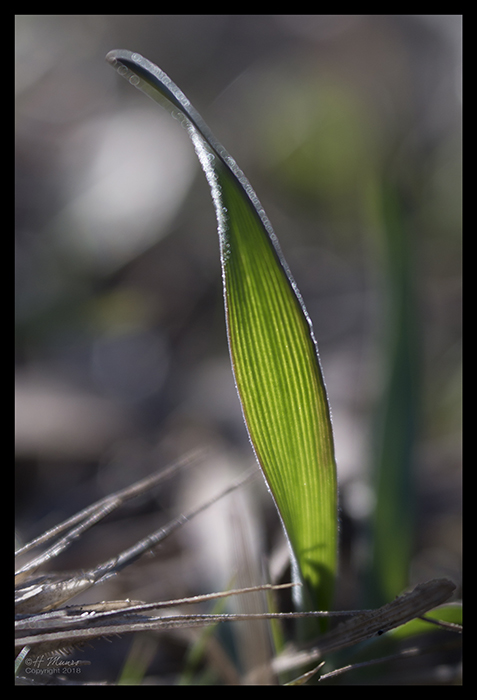 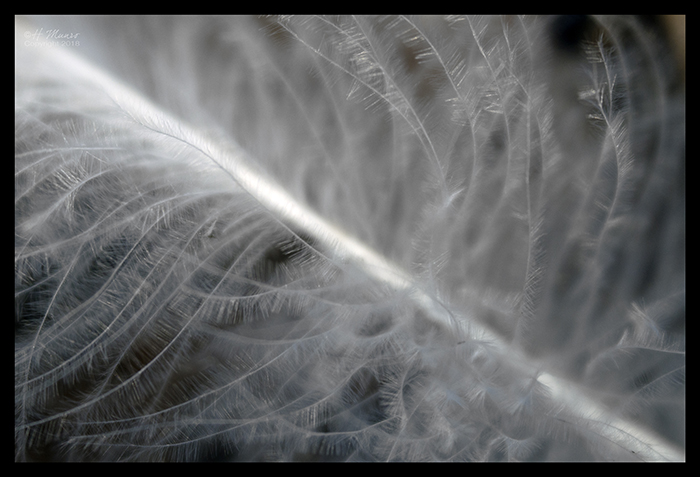 … and the first delicate bluebells blooming in a neighbor’s lawn. (Never mind the awkward moment when she and her son came home from soccer practice to find me lying belly-down on their lawn; totally worth it.) 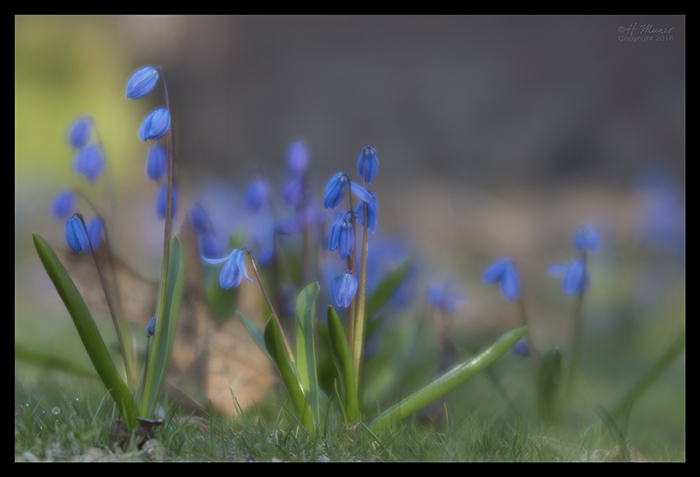 On my way home I noticed more bluebells growing among another neighbor’s forgotten rake. Did he give up in the middle of his fall raking and never venture back out, I wonder? 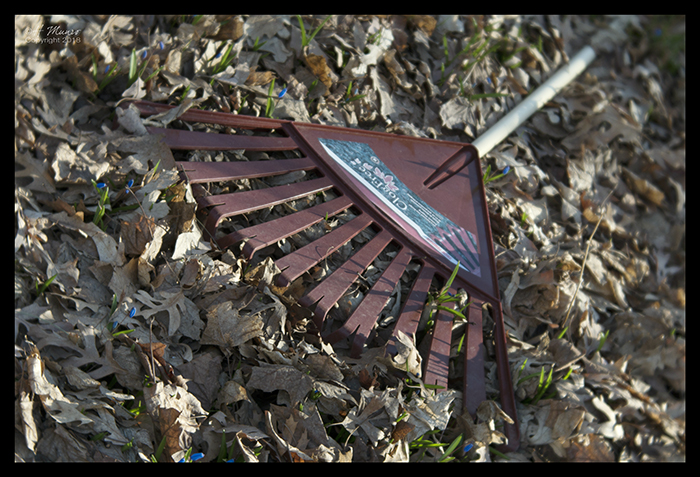 Back at home, I paused for a closer look at the plants and flowers I pass every day in the hallways. There’s something to be said for living in a building full of green thumbs. 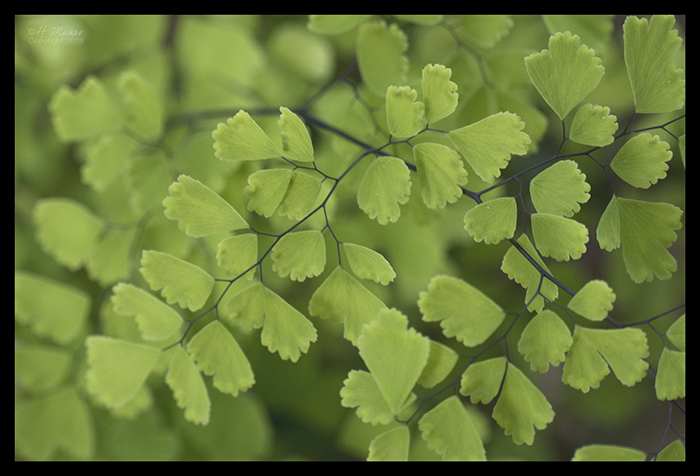 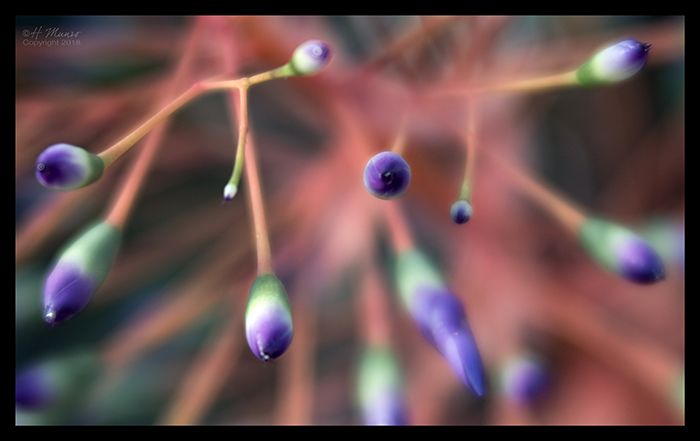 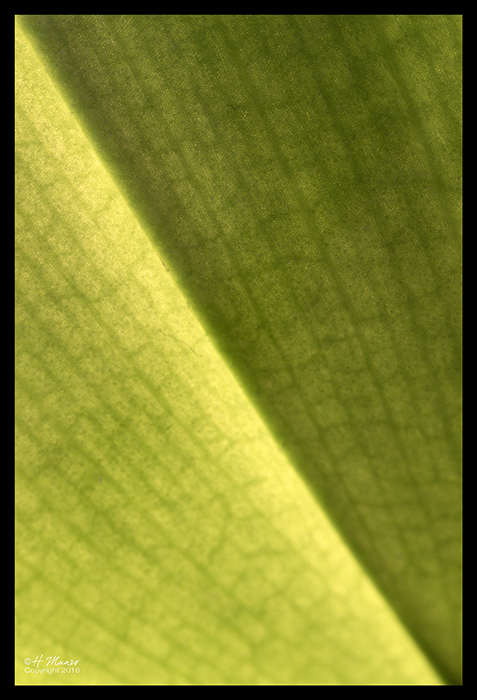 I got a bit obsessed with the drop of dew on this lily. 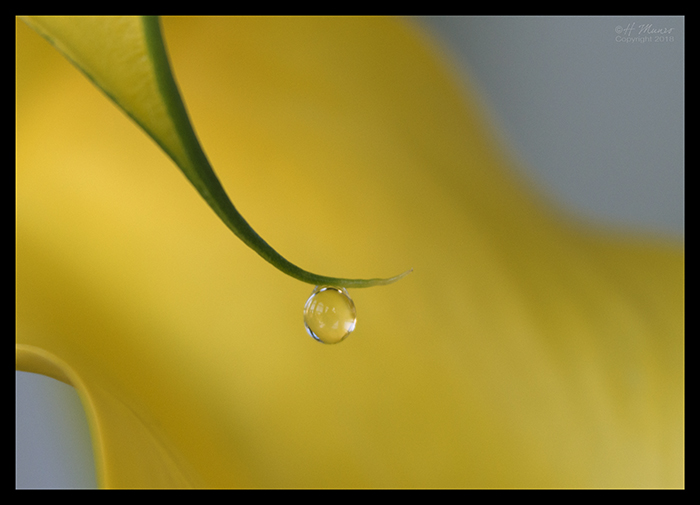 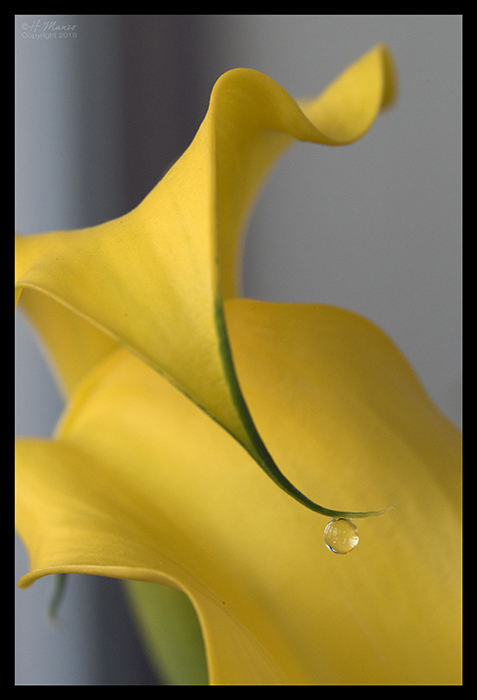 And I wondered what on earth would possess and insect to crawl into an orchid. Isn’t it kind of terrifying? 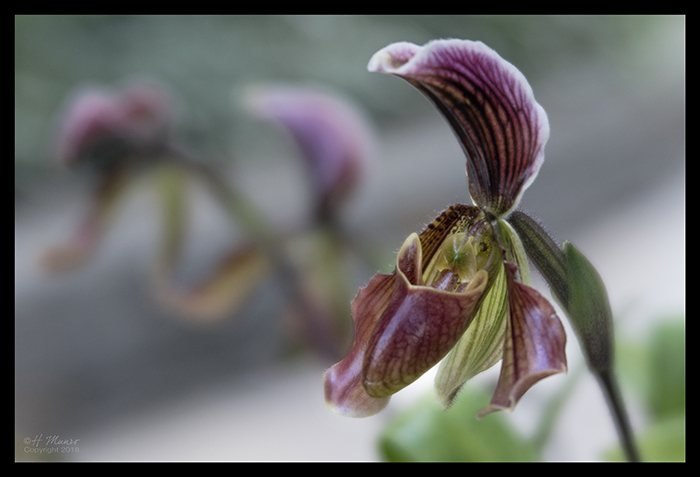 But if you look closely enough, I suppose the same could be said of most flowers. 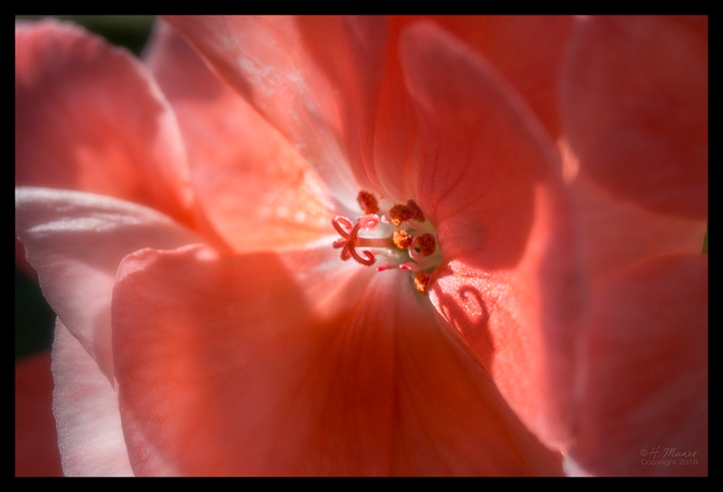 As evening fell, the tags from Esteban’s and my teabags summed up the wisdom of the day. Nature has not hurried this year, but spring seems close — and maybe soon the earth will laugh in flowers. 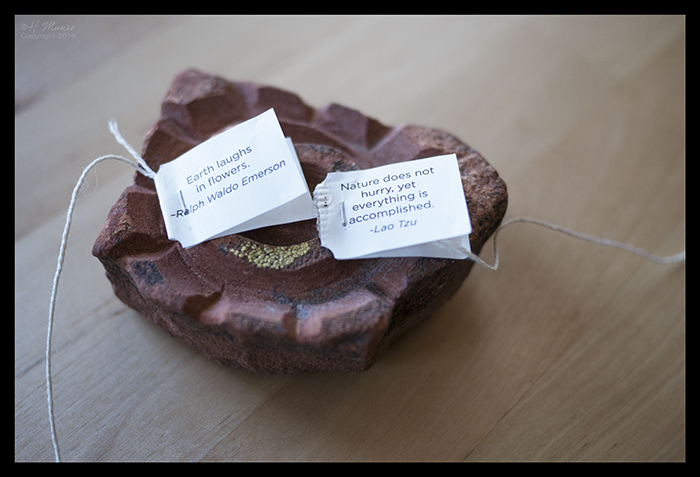