Some moments of beauty

The past 10 days have been a wild weather ride, but there have been some moments of beauty. 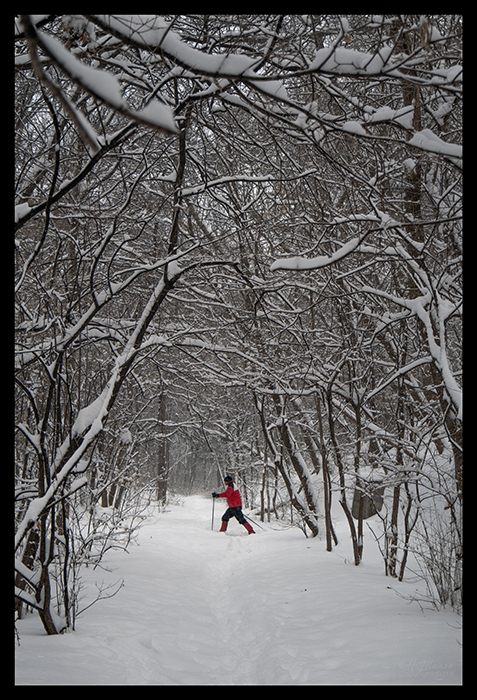 I didn’t get any photos of the Historic Polar Vortex, because I wasn’t outside long enough. But I can tell you this with some authority: 32 degrees below zero Fahrenheit is EXPONENTIALLY colder than just zero. It felt as if my skin was literally being scalded.

As any Minnesotan will tell you, though, the real menace when it gets so cold is black ice. That’s because anti-icing chemicals stop working, and car exhaust freezes into an almost-invisible film on the roads.

This doesn’t stop my hardy statemates from venturing out, however. (As you can see, parkas with furry hoods are all the rage. And also, sidewalk sweepers count as pedestrians.)

Others prefer to go running and sledding in the woods …

… or just venture outside in shorts. (One wonders how this guy got into a university.)

After the bitter cold came a sudden warm-up, which caused an equally sudden melt. I ventured out early last Sunday in hopes of seeing something beautiful. Instead I found this eerie glow under the new 35W bridge in Minneapolis. 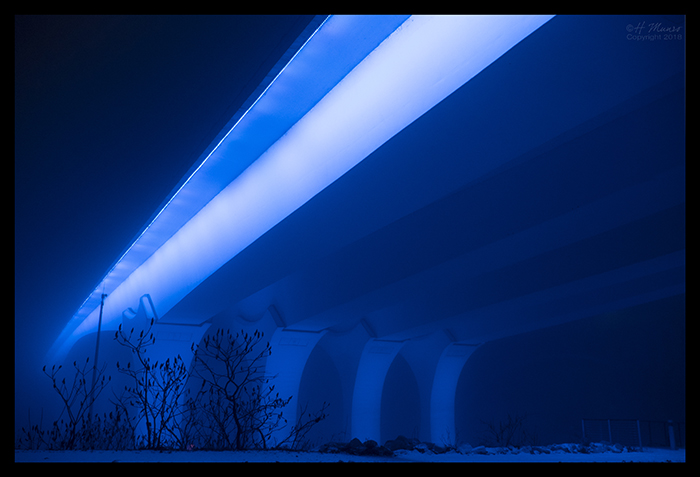 I also hung around Minnehaha Falls for a while, hoping some of the fog would burn off.

Alas, the only color I spotted was this forlorn mitten.

The drive home along the Mississippi felt like being on the edge of a pirate map: “Steer to port, me hearties, for at starboard there be dragons.”

But we did get a clear evening or two in there, with the promise of warmth to come, and longer days. 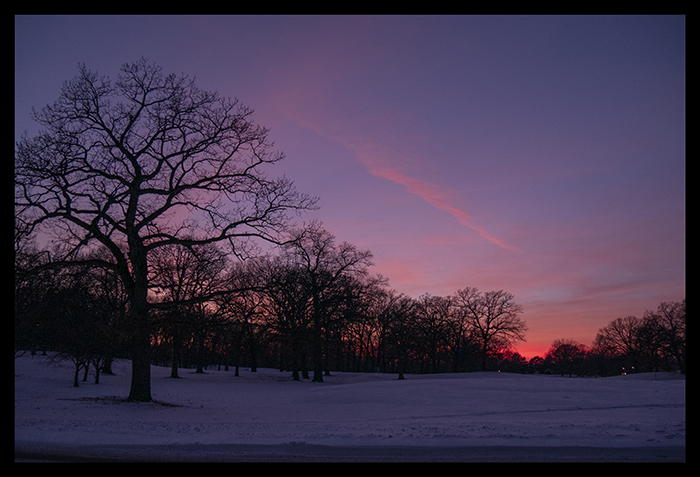 It’s just a matter of time before I’ll be complaining to you about the heat and mosquitoes.

Leave a Reply to Snowbird of Paradise Cancel reply