I saw a license plate the other day that perfectly described winter in Minnesota.

Last week’s bomb cyclone, “Winter Storm Wesley,” dropped up to 20 inches of snow on Minnesota. Some spots were hit so badly that Governor Tim Walz declared a state of emergency Thursday night in 64 counties.

And then there was the wind, which pummeled my condo building with such force that it kept me up at night. I’ll let this poor state trooper show you with a hands-on demonstration. (Thank goodness he wasn’t hurt.)

But we were lucky in the Twin Cities, where we got only six to eight inches of snow. It felt like being inside a snow globe by Wednesday afternoon … 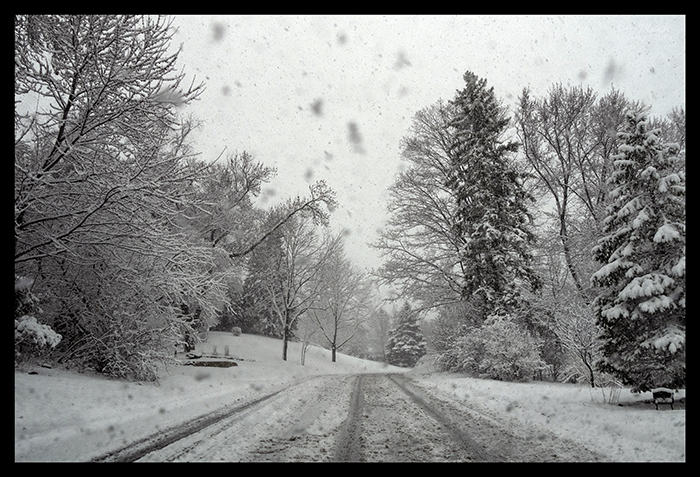 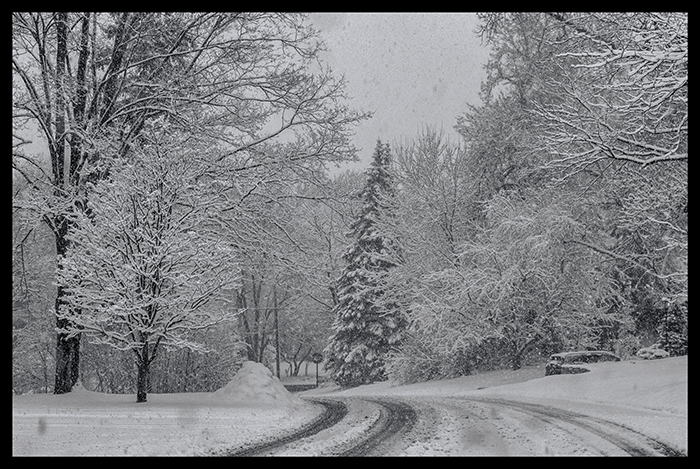 … especially in the woods, where everything had a white coating.

The deer were out as well. See if you can spot one of them, to the right of the red arrow. (That’s about all I saw, too, as they vanished like ghosts into the trees.)

The wind arrived just an hour later, pelting commuters with a mixture of snow and ice. But God bless their parkas, Minnesotans are a hardy people. 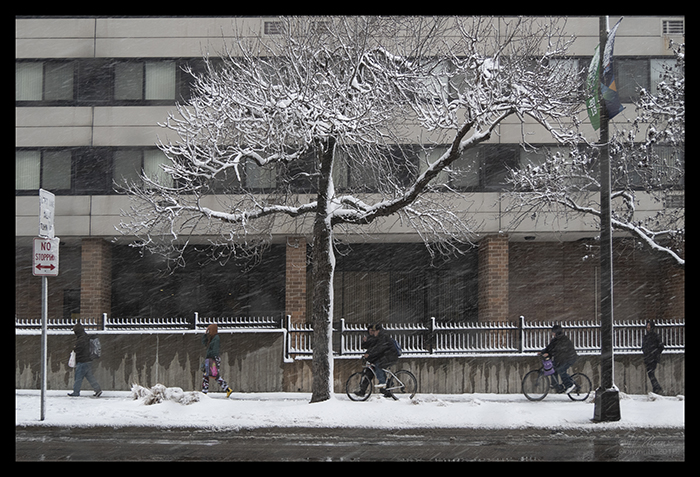 And who needs four-wheel drive, when you have a unicycle? There is no explanation for the things you see here sometimes.

We’ll be back in the 50s next week, though, so the snow won’t last — and soon you’ll be seeing spring flowers here instead of freeze-dried leftovers from last year.