To Old Frontenac — and back

It’s been almost three weeks since I bought The ‘Roo to replace my beloved (but defunct) Smurfmobile.

But as much as I’ve enjoyed my daily commutes in my new car, I’ve been itching to take a road trip. On Saturday I finally found my excuse: a visit with my dear friend Pam in Frontenac.

Pam and I have been to Frontenac before — a couple of times to explore the state park, and a couple of others to hunt for morels. But because it’s neither hike-in-the-woods season nor lop-off-the-mushrooms week, on Saturday we took a stroll through Old Frontenac instead.

Nestled along the Mississippi River at Lake Pepin, Old Frontenac was first settled by the French in 1727 as a fur-trading outpost. In 1852 Evert Westervelt built the city’s first general store, and by 1854 he had grown so prosperous that he began construction of the Locust Lodge. Within 20 years an entire town — then named Westervelt — had sprung up around his opulent home.

A lot of those houses still exist. Some are humble cottages; others bear testament to Frontenac’s heyday as a resort town. Pam was eager to share a bit about the buildings’ histories — and those of the families who built them.

“Let’s start with the haunted house,” she said. Pam knows I’m a sucker for all things spooky, and the first stop didn’t disappoint. Nothing on the entire three-acre lot appeared to be alive, except for the spring-green grass. The once-grand Locust Lodge sat in the middle of the lot, quite literally crumbling before our eyes. 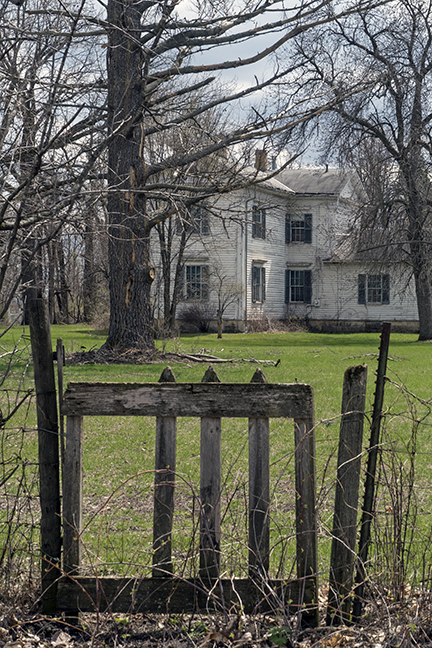 Rumor holds that a woman from Boston owns it, Pam told me. At night there’s sometimes a faint light in an upstairs window, but no one’s been seen entering or leaving the house in ages. I looked up at the window. “I can see the light!” I told Pam. “I wonder if there’s someone in there. Let’s knock and find out.”

I didn’t have the guts, of course, so Pam did the honors. “What will we say if someone answers?” Pam asked as she rapped the window. “We’ll offer to mow the lawn,” I joked. To my enormous relief, no one opened the door.

Our next stop took us to the town cemetery. Although some people find them macabre, I love old cemeteries. They’re testaments to history, and human love, and to the things the departed held dear.

Or deer, as the case may be: Pam and I were sure that this doe was a plastic lawn ornament, at first glance — until the ornament turned calmly and walked away from us, into the woods. 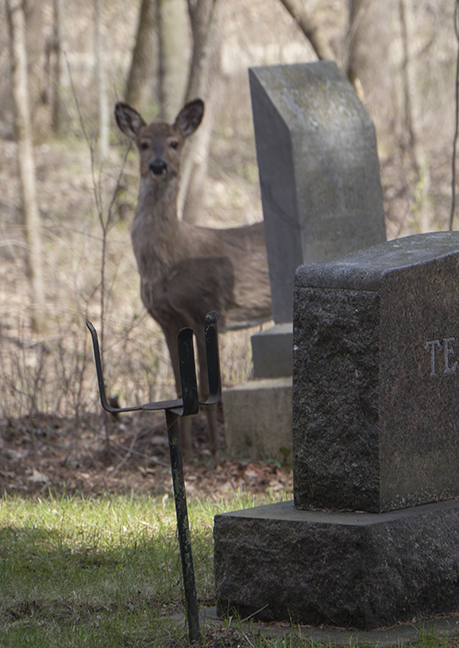 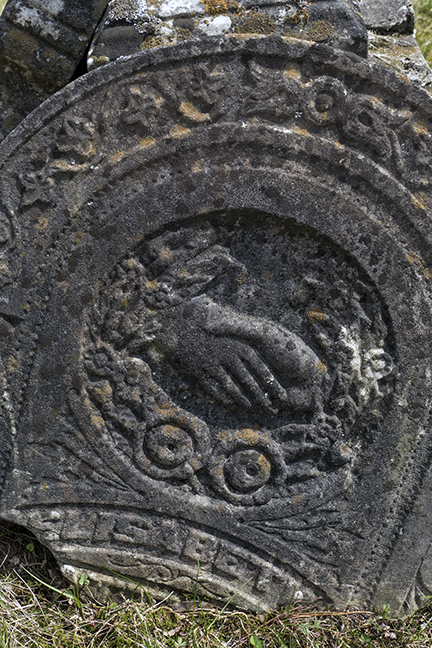 … but also because many of them were marked entirely in German. Pam explained that many of the early residents were carpenters and tradesmen who came to help build the town, and likely didn’t speak any English. 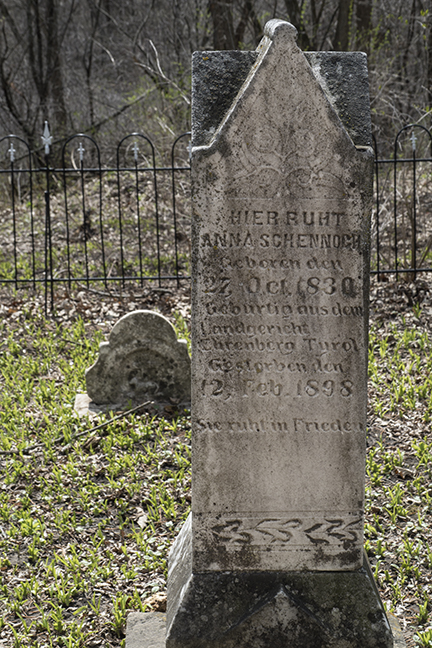 Others spoke perfect English — like the brothers Israel and Lewis Garrard of Cincinnati, who first visited Old Frontenac on a hunting trip in 1854. Israel fell so in love with Old Frontenac that he settled here permanently.

He was as shrewd a businessman as Evert Westervelt (remember the guy who built Locust Lodge?). Eventually Israel Garrard and his brothers bought up most of the town and renamed it Frontenac.

When the Civil War broke out Israel Garrard returned to Ohio, where he served as a brigadier general between 1861 and 1865. But happiness seemed to evade him after his return to Frontenac: He lost his wife and his third child in 1867, and never remarried. He died in 1901 after suffering serious burns from a kerosene lamp that one of his beloved dogs knocked over. At least in death is he again reunited with his wife and children. 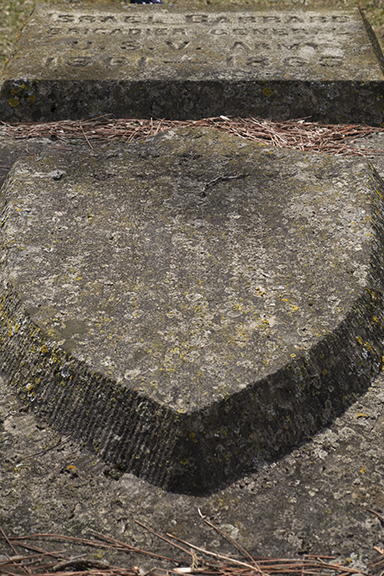 Of course, not all of Old Frontenac’s residents have so rich a history. Many of them are now only names in a registry — but some of the children who died during the typhus epidemic weren’t even named.

Alas, by now it was mid-afternoon and my energy was flagging. It was time to go home.

I’d had such a wonderful time — and my head was so full of history and stories — that I sailed right past the turn onto Highway 61. Oh, well. I turned on the Roo’s built-in compass, and turned onto a rural dirt road.

The cornfields seemed to stretch into the horizon.

But before I knew it, more farmhouses started to appear … 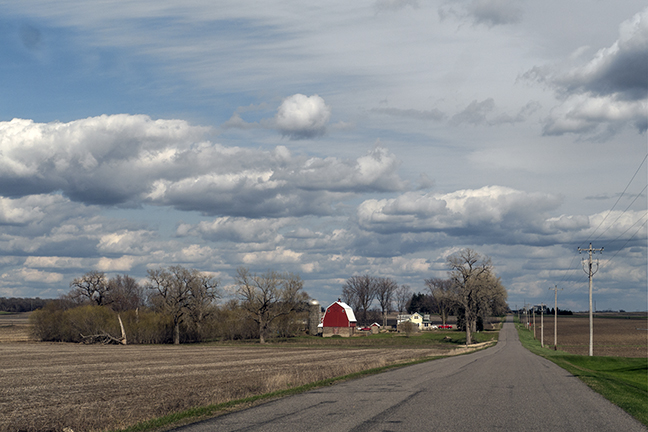 … and then the townhouses.

Two days later I still can’t shake the feeling that I traveled not just down the Mississippi, but also back in time.

I can’t wait to go back to Old Frontenac.