How my dad became a pirate

I got an email from my friend Todd this morning. “Where’d you find that Loch Ness Monster photo?” he asked. He was referring to a little prank I played on my readers a couple of days ago.

Clearly, Todd doesn’t know about my obsession with Photoshop. “I made that photo,” I wrote back. I told him about starting with a photo of Bix jumping into Como Lake. Then I scoured the Internet for suitable photos of Elvis, the Loch Ness Monster and Bigfoot. Alas, I had to improvise a bit on the last two.

But I’ll admit that I was pretty pleased with the result. Far from perfect—but not bad for 20 minutes’ work, either:

Todd’s question got me thinking about my first-ever Photoshop illustration. I remember it well: I was working in a digital photo lab, and we’d just upgraded to Photoshop 3.

I was curious about the cool new “layers” feature and decided to experiment. For whatever reason, I cloned a German shepherd’s teeth onto a deer and titled my creation Bambo. (Bambi meets Rambo. Get it?!)

Then came the “peas on Earth” for one of my typically punny holiday cards. 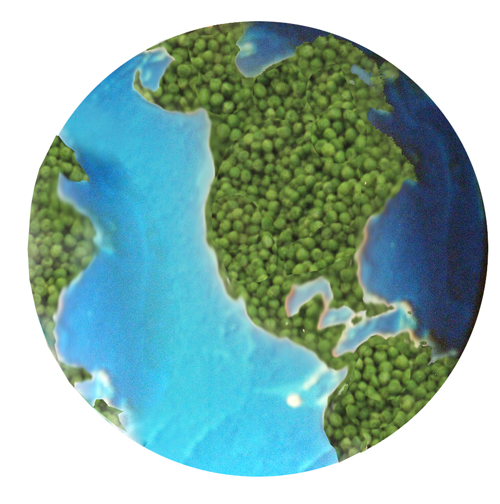 Then I took a stock photograph …

… and turned it into a sarcastic birthday greeting. I was especially pleased with how nicely the capital “H” morphed into a capital “A.” Happy Birthday Anyway! 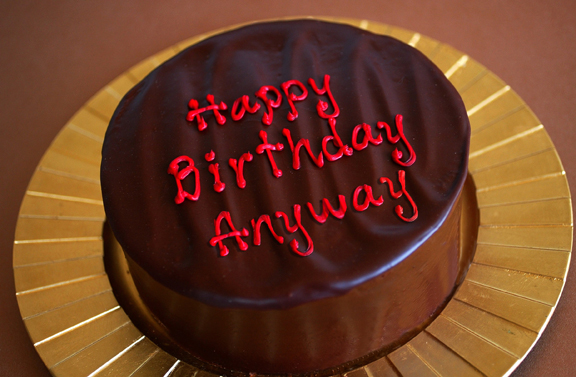 But of all the Photoshop illustrations I’ve created over the years, I’m still most proud of the time I turned my father into a pirate.

Dad had just bought the Sea Señorita. He’s a former Navy man and he still runs a pretty tight ship, so I thought it would be fitting to make him some place mats that lay down the law.

Here’s what I started with:

And here’s where I ended up:

He went on for days about those darned place mats—and it’s kind of cool to know that they’re still on his boat, five years later.

The best part is that this Photoshop stuff is really not that hard. Want to learn how to create Photoshop illustrations for yourself? Drop me a note and I’ll email you a tutorial.