Although it’s already been weeks since we had our first snow in Minnesota, today’s winter solstice marks the official start of winter — and the shortest day of the year.

I had every intention of scampering outside this morning to set up my tripod and do a time-lapse film of the entire day. Alas, Mother Nature didn’t cooperate. (It’s now noon, and I still haven’t seen the sun.) So instead I thought it might be fun to revisit the magic light of some of my past favorite sunrises and sunsets.

Ironically, I have only two from my home state: a Twins baseball game, as seen from the 55th floor of the IDS Center … 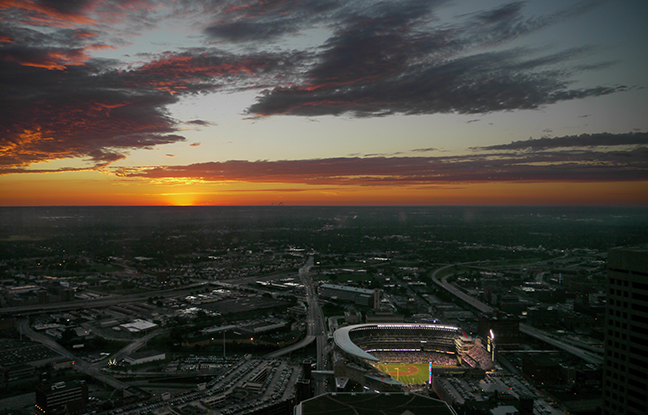 … and a cold morning in Hugo, where I worked for one year as a stable-hand. It was 15 degrees below zero (Fahrenheit) this morning, so we let the horses out just long enough to muck their stalls.

But I’ll be quiet for a while and just let you enjoy nature’s fireworks.

As much as I may enjoy nature’s spectacular fireworks, though, my favorite moment is still that quiet, fleeting instant when the last star still burns bright in the night sky, even as the first rays of sun peek over the horizon.

Bring on the light.