The last days in our first home

It’s been more than 20 years since Esteban and I first walked into our house, but the memory is still vivid. The wallpaper and woodwork were yellowed. Brown rings of nicotine stained the ceiling. The puke-green shag carpet reminded me of dead sod — with a path trampled down the middle, to the kitchen. The air smelled dingy and stuffy.

On our first night, as we lay on our futon in the middle of the living-room floor, I wondered out loud whether the house was haunted. Never mind that the former owner had died in Duluth; her presence was still so palpable that I felt like an invader in her home.

But that feeling faded quickly as Esteban and I covered the yellow with white paint. One day I tore up the carpeting, and a few weeks later he refinished the wood floors. I put down new linoleum in the kitchen. He built a new back porch. I refinished the cabinets; he rewired the front porch. We mowed the lawn and raised garden beds and harvested vegetables and shoveled snow and broke up concrete and built a shed and paved a patio.

Memories accumulated as we marked milestones and anniversaries. We grew older together in this house … but we grew happier, too.

And then, one bitterly cold January night, a pipe burst. We came home from vacation to discover that everything we owned — everything we’d worked so hard to build and restore — was ruined. Here’s the before-and-after:

My own home felt like an alien landscape, wild and dangerous like the abandoned buildings I used to explore as a kid.

Our insurance company came through for us, though, and we rebuilt. Esteban gave me free rein to design the interior. If I say so myself, it turned out alright.

But having such control over the interior of our home threw our lack of control over the exterior into stark contrast: Our neighborhood was changing. Businesses we had frequented for 20 years were being razed for new condo buildings. The area was becoming more congested, with less sense of community.

We were changing, too. The gardens, ponds and patios we had once tended so enthusiastically now felt like a burden. I was overwhelmed by the sheer length of our exterior-maintenance to-do list.

“Maybe we should move to a townhouse or a condo,” Esteban said one day as we surveyed the back yard. About a month ago we signed the purchase agreement — which meant, of course, we’d have to sell our house.

Over the past three weeks we’ve worked furiously on the euphemistic “deferred maintenance” list. We’ve stored half of our belongings, and we’ve cleaned and scrubbed and painted until our home looked newer than when we moved back in.

The diligence paid off: Within 48 hours of hanging a “for sale” sign, we had 18 showings and received six offers. In hindsight, emptying our home of our possessions and filling it with strangers was a therapeutic first step in letting it go.

So was looking through the deed and realizing that lots of other couples have also left this house over the years. It’s comforting sometimes to be reminded of the commonality of life’s milestones, no matter how personal they feel while we’re living them. 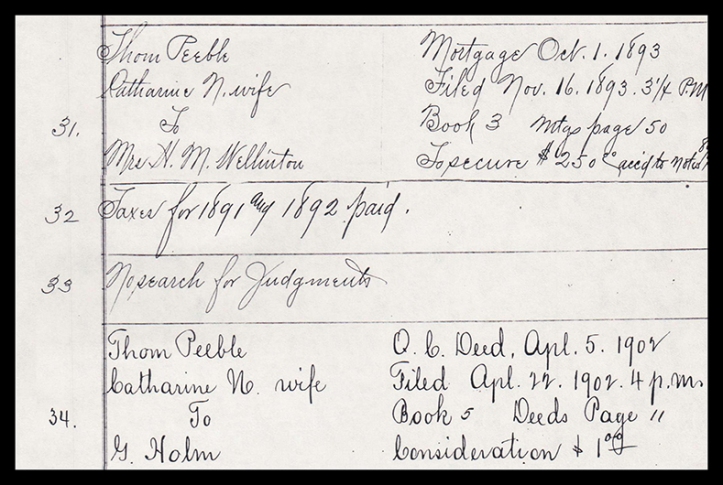 During my walk this morning I wondered whether Esteban and I will regret our decision. But then I arrived at one of the parks that dot our new neighborhood. As I sat on a bench to watch the sunrise, I marveled at the silence — and at how many people said “good morning” as they walked by.