The past 12 weeks have been among the most liberating and transformative of my adult life — but among the busiest and most stressful too.

I was wistful back in September as I considered leaving the home Esteban and I had bought and rebuilt together. Half of me worried we would regret our decision; the other half worried we wouldn’t pull it off.

It’s one thing to sell your house of a quarter-century, after all … but another entirely to empty it and clean it and move out within one month.

Mowing the lawn for the last time

To make the process more manageable I broke it into weekly tasks. 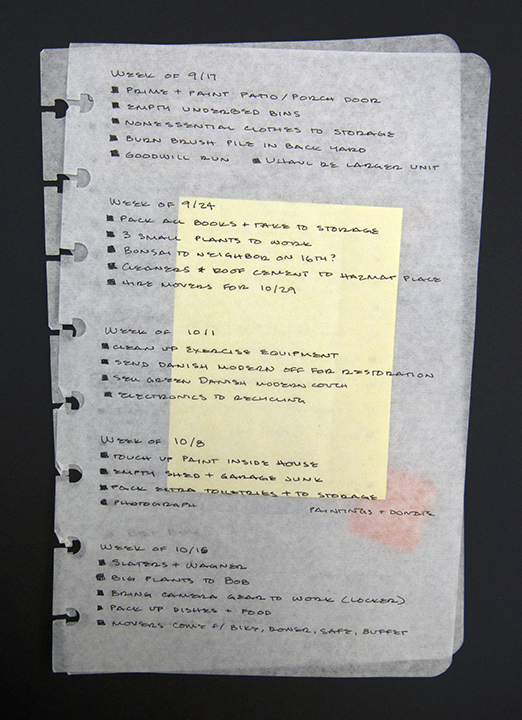 Still, some of the tasks felt daunting: We had to find homes for the exercise equipment, donate the piano, store the paintings, and sell the Danish Modern sofas.

In the midst of all this shedding and packing of possessions, we were also hurtling through the on-again/off-again process of financing a condo, which was much more complicated than either of us expected.

And in the middle of that we had a trip to visit my family in Florida. It seemed like unfortunate timing as we were scrambling to shove our last few possessions into storage mere hours before our flight.

In hindsight, though, that week was a gift. It was wonderful to see my parents — and to reconnect with Esteban and nature too. 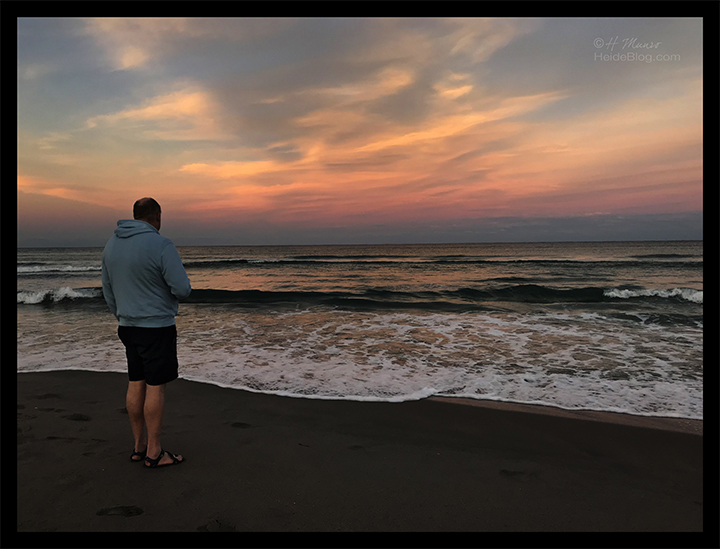 After a week of daily naps and twice-daily walks on the beach, Esteban and I dodged a tropical storm to fly home juuuust in time for the closing.

I’ll spare you the last-minute drama on the morning of the closing, or stories about the lovely apartment we rented with the cranky toddler and the creaky floors beneath us while we renovated our new home.

I’ll also spare you most of the false starts, with the exception of the mistake our installer made when he first laid our cork floor … 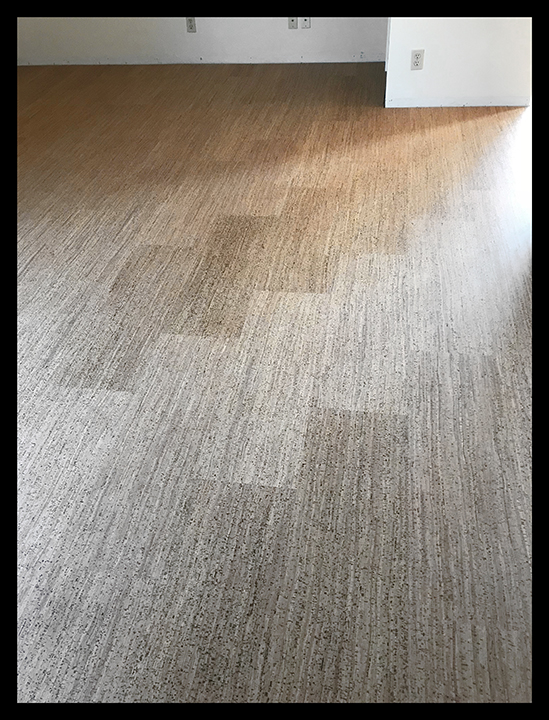 … and my awful, awful choice of color for the smaller bedroom. I’m not exaggerating when I describe the result as “a cave painted in dried blood.” We lost an entire weekend priming over it and repainting.

But all of that is ancient history now. On Tuesday I pulled our last few belongings out of our storage locker, and this weekend we’ll unpack the rest of our boxes.

Our storage facility reminded me of “The Shining.”

To my relief, I haven’t had a single pang of regret. And to my surprise, the new place already feels like home.

A sweet note from one of our neighbors, who apparently missed us at the holiday party

As I wrote almost 12 weeks ago, “Change is always hard, but sometimes it’s also good.”